A History of the Mary R. Schiff Library 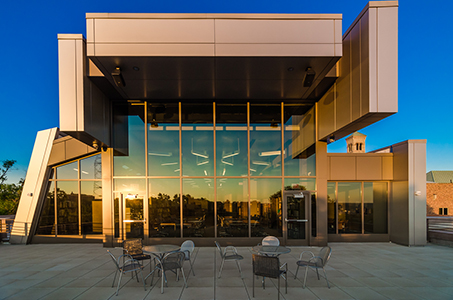 Since it opened in 1886, Cincinnati Art Museum has had a library. In fact, even before it opened, the Museum had a library. Donations of art books and other materials were being accepted by the Museum Association – the Museum’s governing body – long before the building in Eden Park was completed. Thanks to those wise and farsighted founders who understood the value of a well-stocked library, and also to the many generous benefactors since, for over 130 years the Museum’s library has provided an unrivalled source for art reference and research in Cincinnati.

Covering 6,000 years of art history, the library’s collection consists of over 100,000 books, periodicals and auction catalogs, a unique collection of materials on Cincinnati artists and art organizations, as well as the Museum’s archives (for more information on the archives, see this blog entry ).

Named for Mary R. Schiff, the wife of John J. Schiff, local business man and philanthropist, the library is located on the third floor of the Longworth Wing (the former Art Academy building). Offering fabulous panoramic views of the city from its balcony, this bright, open space has been the library’s home since April 2013. However, the library has not always been so lucky.

Originally it languished in the Museum’s administrative offices, and was looked after by anyone on staff who had the time and inclination. However, in 1906 Director J.H. Gest sagely wrote: “A library specialized in the broad field of art…should be the stimulus to active creative work in art quite as much as to research in the history and philosophy of art”. And with the aim of nurturing the library into a source not only of reference but also of inspiration, he appointed the Museum’s first trained librarian, Miss Jane Wright, in August 1906. A year later, in 1907, the library finally got its own space in the newly-built Schmidlapp Wing – where the Museum gift-shop is today. 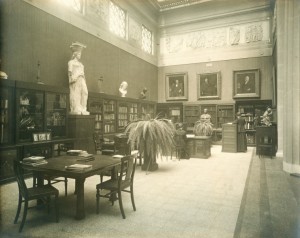 However, by 1931 the library’s ever-expanding collection had outgrown this area and it was forced to move to the basement of the Hanna Wing – now unglamorously the site of one of the Museum’s air-handling units.

Finally, in 1937 the library was able to settle into what would be its home for the next 75 years, a state-of-the-art (for the 1930s) facility in the recently added Alms Wing. 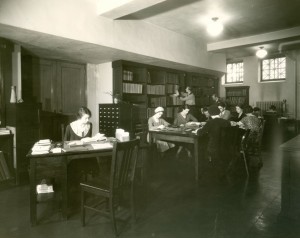 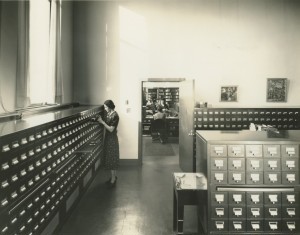 The library stayed here until early 2013 when it relocated to its current home. The space it vacated in the Alms Wing will soon re-open as the Museum’s new Rosenthal Education Center. Though once the exclusive preserve of Museum staff and members, today anyone is welcome to drop by and use the library’s resources – or simply to enjoy the fantastic view. 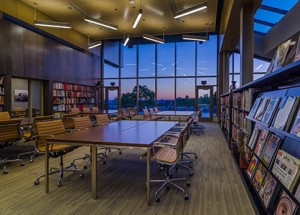 The Mary R. Schiff Library now located on the third floor of the Longworth wing.

The Mary R. Schiff Library is open Tuesday through Friday, 11:00 a.m – 5:00 p.m. and the 2nd Saturday of every month September through June. For more information, please visit the Library  and Archives  webpage.