Behind the Scenes in Conservation: Structural Support

Now that the Murillo has been cleaned of varnish and retouching, it’s time to address its structural support, in other words, the canvas and stretcher.  The painting was lined to another canvas before it came into the CAM collection, and the lining is in good condition.  But the lined canvas was attached to a wood stretcher that was not original, but was probably over 100 years old.  It was not in the best shape to support the heavy 5’ x 7’ double-layered painting.  For this reason, our paintings conservator decided to re-stretch the lined canvas over a new, custom-built wood stretcher.

The edges of the lining canvas, required to wrap under tension around the sides of the stretcher, were brittle, so the painting was ‘strip-lined.’  Once the painting was placed face down and detached from the old stretcher, strips of new canvas were added to each side using a thermoplastic adhesive film.

Canvas strips being attach to the reverse of the edges. The new stretcher is standing behind the table: 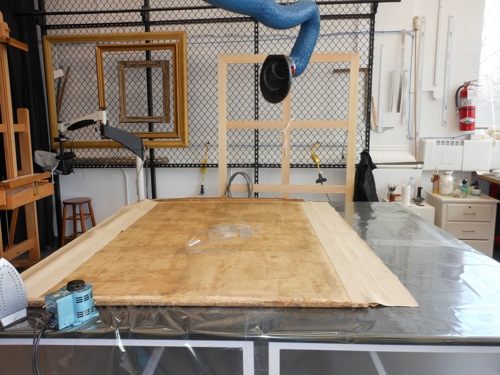 The strip-lined painting is placed over the new stretcher and pinning begins. The blue tape marks the progression of pushpins on all four sides: 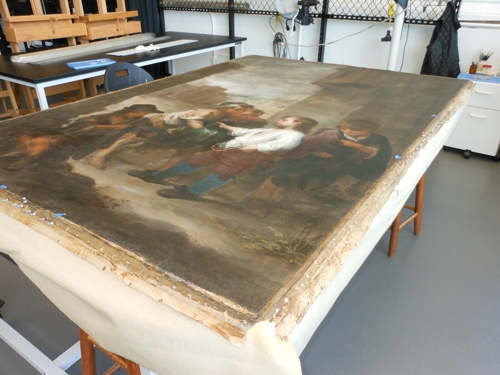 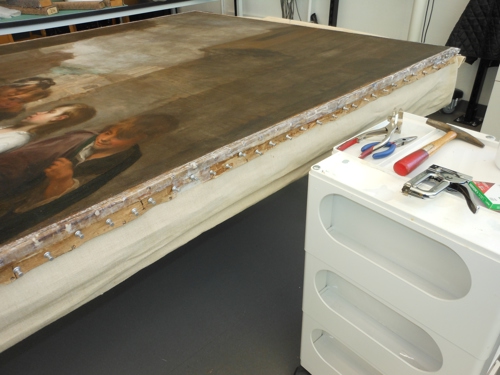 The white conservation ‘bandage’ along the edge provides extra protection for the original canvas: 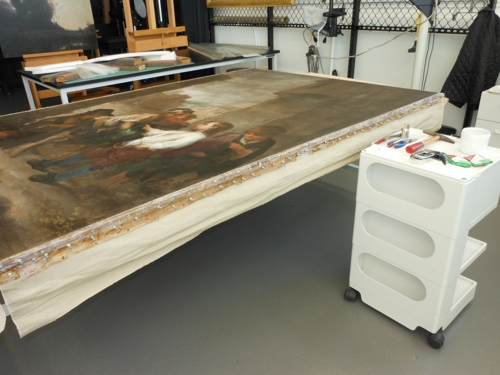