Conservation on View: The number of ‘Cleaned’ signs is growing! 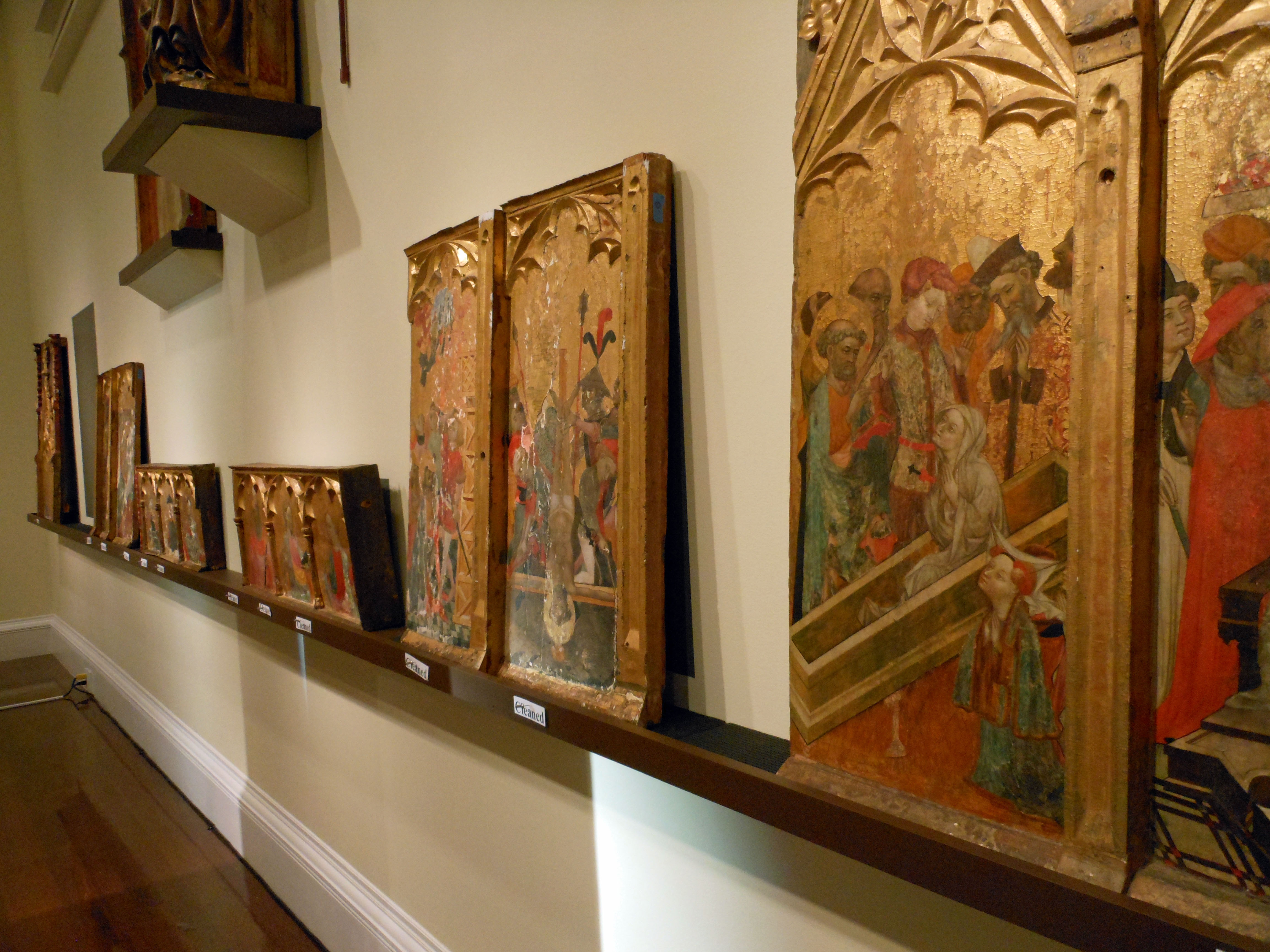 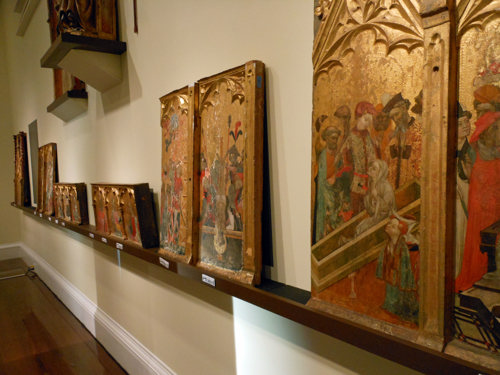 Thirteen of the 18 paintings have now been cleaned and the 14th is well underway in “Conservation on View: Zaragoza’s Retablo of Saint Peter”.  All of the progress in the conservation treatment was made in Gallery 125 while our visitors watched.  As expected, a lot of loss to the paint and gilding in the 600-year-old altarpiece was revealed during the cleaning, allowing us to document which parts of the painting are original and which are later restoration.  But not all of the restored passages, some of them perhaps centuries old, were removed.  Some were quite expertly done, and our paintings conservator decided to leave them intact.  For our visitors there’s one more week to catch the conservation live before the exhibit closes on April 24th and the retablo is taken back behind the scenes for the rest of its lengthy conservation treatment.