What is the Waverly Tablet? 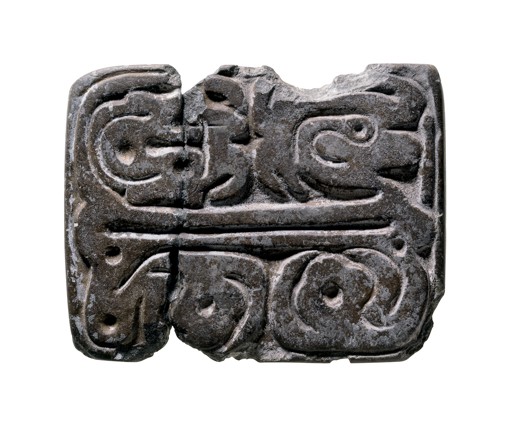 During the Early Woodland period (800–100 BCE), the Adena culture flourished in the central Ohio River Valley. This period is characterized by the appearance of settled villages, the cultivation of plants, use of pottery vessels, ornamental items made from hard-to-obtain materials like copper, and building conical burial mounds. The Adena culture is named after an estate in Chillicothe once owned by Thomas Worthington, governor of Ohio from 1814–18. In 1901 the great mound on the property was excavated and revealed such a large number of distinct artifacts that archaeologists were able to say these pieces were from a singular culture. Roughly, Adena is dated to 1500 BCE to 100 CE. The dates are loose due to settlement differences in sites located in Ohio, Indiana, Kentucky, and West Virginia.

A distinctive feature of the late Adena culture is the creation of small, postcard-sized engraved stone tablets. Only eighteen tablets have been found. The earliest known extant tablet, called the Cincinnati Tablet (collection of the Cincinnati Historical Society, http://www.cincymuseum.org/blog/cincinnati-tablet), had been unearthed by construction workers in Cincinnati when a large mound located at what is now Fifth and Mound Streets was leveled in 1841 to create Mound Street. Because just one of these tablets was found in a twentieth-century professional excavation, little is known about them. Specific information about where the tablets were located in their mounds, contextual clues archaeologists now look for, or a chance to do radiocarbon dating have been lost. Some of the tablets were stained with red ochre, suggesting they were printing blocks and templates for tattoos. The inclusion of the tablets in mounds attests to their importance and implies that they had a key role in burial rituals.

The curvilinear, almost abstract designs on all of the tablets have fascinated people since the nineteenth century. Over the years scholars and enthusiasts have presented varied interpretations of what they saw in the carved lines. These explanations have run the gamut from romantic fancy to realistic: Phoenician and Egyptian glyphs, fertility symbols, a Tree of Life, animals, and birds. Today, most agree that the main image on the Waverly Tablet is a stylized vulture or raptor. In the upper right corner is the head with a feathered crest. To the left of the head is a complex tail. A double-bar forms the body. In the lower half two claws curl inward. The arrangement of these features creates a symmetrical four-part design. Changing the orientation of the tablet while examining these parts separately or in combination with another brings to light smaller motifs. For example, the tail becomes a human face when the tablet is turned ninety degrees to the left. Or the two claws form a mask when viewed without the top register.

The Cincinnati Art Museum’s tablet was discovered by Abraham Cutlip in March 1872 when he was leveling a mound on his farm close to Waverly, Ohio. While Cutlip was still digging, Dr. Wilson R. Hurst from nearby Piketon obtained the tablet. It then remained in Hurst’s collection until 1885 when Reverend John Patterson MacLean purchased it. MacLean was a Universalist clergyman with an interest in archaeology. In addition to his involvement with the Butler County Geological and Archaeological Society, MacLean authored many books, including A Manual of the Antiquity of Man (1877) and The Mound Builders (1879). By January 1887 the Waverly Tablet was in Cincinnatian Robert Clarke’s collection. This gave Clarke the distinction of owning two Adena tablets; the Cincinnati Tablet was already in his possession. Clarke (1829–1899) established the successful Robert Clarke & Co. book seller and publishing company in 1858. He also had a passion for archaeology. In 1876 he self-published the pamphlet The Pre-Historic Remains Which Were Found On the Site of the City of Cincinnati, Ohio with a Vindication of the “Cincinnati Tablet.”  Clarke was one of the first life members, and eventually became a trustee of the Ohio State Archaeological and Historical Society (now the Ohio History Connection). He loaned both the Waverly and Cincinnati Tablets to the Museum in 1890. They remained as loans until 1939 when Clarke’s niece and heir, Mrs. William Galt, converted the Waverly Tablet to a gift and decided to donate the Cincinnati Tablet to the Cincinnati Historical Society.