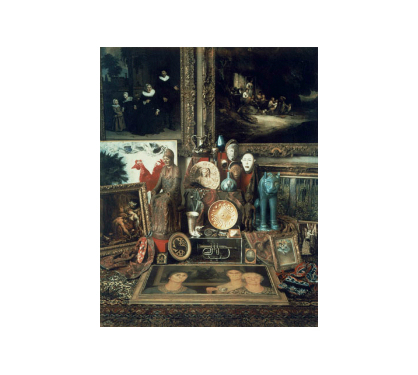 Today marks the 129th year that the building known as Cincinnati Art Museum has been open. On this day 129 years ago, the first Director of the Museum, Sir Alfred Goshorn (Cincinnati’s only knight at the time), declared the Museum to be an “institution dedicated to art in various uses and applications.” 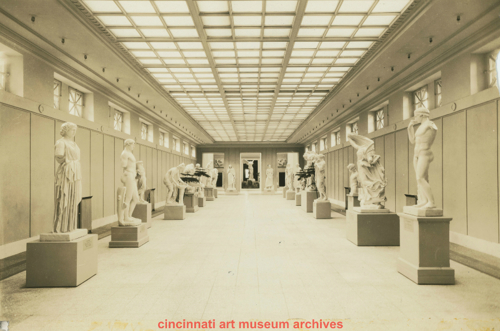 In 1886, Cincinnati was a cultural mecca and one of the richest cities in the Midwest. The population was over 270,000, the Cincinnati Reds were newly founded, Music Hall had just opened, Rookwood Pottery had recently been founded and artists such as Elizabeth Nourse and Frank Duveneck were perfecting their talents. 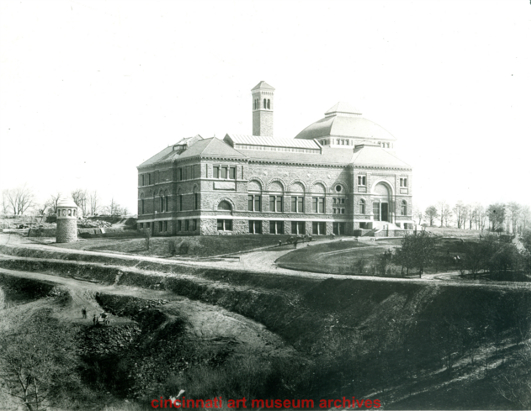 The Cincinnati Museum Association was actually founded in 1881, five years before the Art Palace of the West was completed. Before the building was completed, the art was located in a space in Music Hall. The original Romanesque Revival building, shown above, was designed by the prolific James McLaughlin who was well known for his designs of St. Francis Seraph Church and the Elephant house at the Cincinnati Zoo and Botanical Gardens. Mclaughlin also designed the Art Academy building on the same lot, which is now known as the Longworth wing and is connected to the original galleries.

Since 1886, the Cincinnati Art Museum has seen nine directors, 67,000 works of art, hundreds of exhibitions, millions of visitors and several additions.

Come to the Cincinnati Art Museum today and celebrate our birthday! We are open 11am-5pm and admission is free!