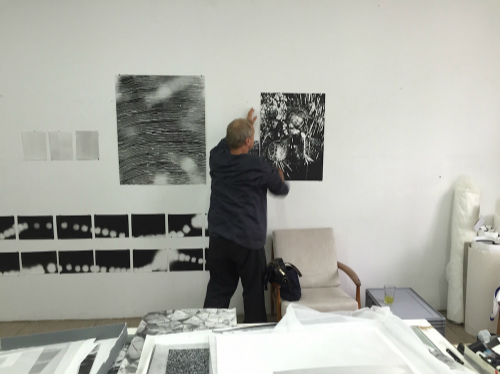 Jochen Lempert’s solo exhibition at the Cincinnati Art Museum, titled *Field Guide*, opens on October 17. That’s less than three months from today. With most exhibitions the Art Museum organizes, by this point we have completed the list of artworks and determined their placement in the galleries. But Lempert works differently: for each exhibition he improvises new combinations of artworks on site. 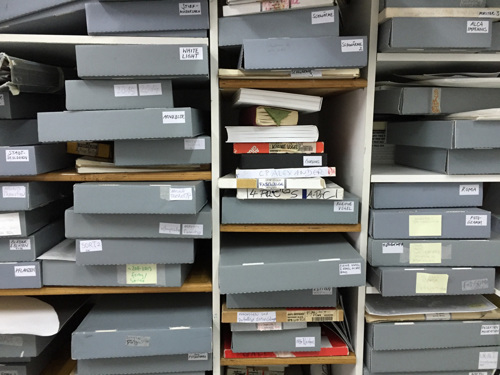 I recently traveled to Hamburg, Germany, in order to meet with the artist. Over three days in his studio, Lempert and I looked through hundreds of photographs, including artworks made in Cincinnati during a May 2015 visit. Many were new to me, and others I had not seen in person since attending a major exhibition of his work in Portugal in 2009. We also used floor plans of the galleries to determine where we should build walls to structure the exhibition. (Thanks to the internet, we coordinated with the Art Museum’s exhibition designer to translate our sketches into plans that can be given to the builders.) And, most rewardingly, we talked at length about ways to stage the exhibition, and began the process of selecting artworks to include. 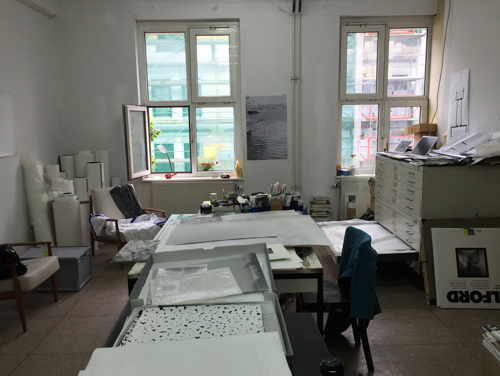 Working directly with artists is the most exciting aspect of being a curator who specializes in recent art. I’ve spent six years thinking about Lempert’s work. I know it fairly well, but will never think about it in the same terms as the artist himself. Visiting him gave me many new things to consider. Helping to share his vision with the Art Museum’s audience is the exciting task I face during the next three months.