In 1926, Rockwell Kent was commissioned by Lakeside Press to design and illustrate a limited edition of Herman Melville’s literary masterpiece, Moby Dick, or the Whale (1851.)  The result was a three volume set, featuring 280 striking illustrations that serve as a powerful companion to Melville’s work. The edition of 1,000 copies sold out before it was released in 1930.  Later that year, Random House released a smaller format trade edition. It was one volume and included 272 of the original illustrations. In Random House’s excitement to release the trade edition, Melville’s name was unceremoniously left off the jacket and binding. At the time it was published, Kent was already a well-known painter, graphic designer, printmaker, and draughtsman. Kent’s edition helped to renew the public’s interest in Melville’s classic novel. It went on to become a Book-of-the-Month Club selection and sold 69,000 copies over the course of seven years. A De Luxe Edition released in 1937 by Garden City Publishing sold another 25,500 copies. 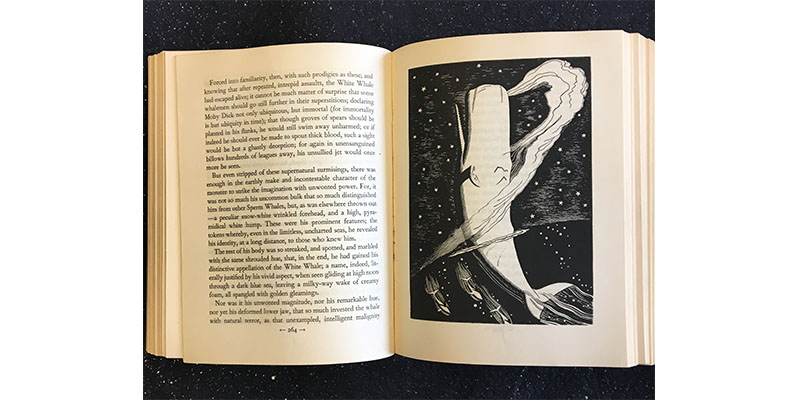 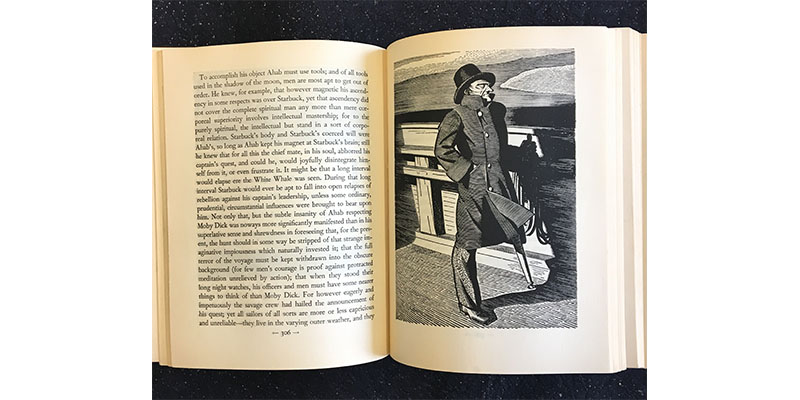 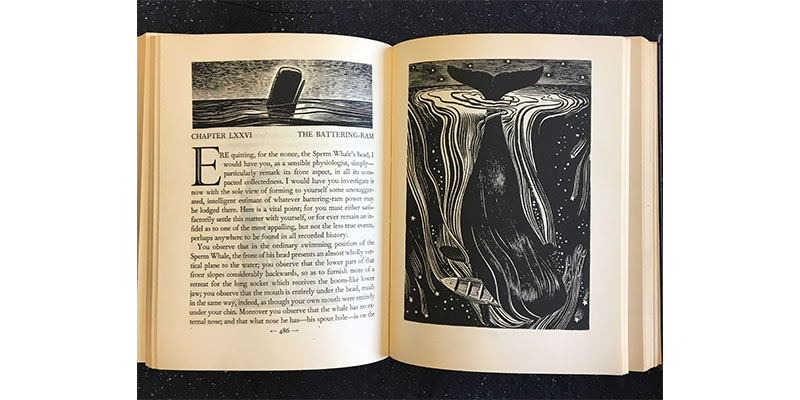 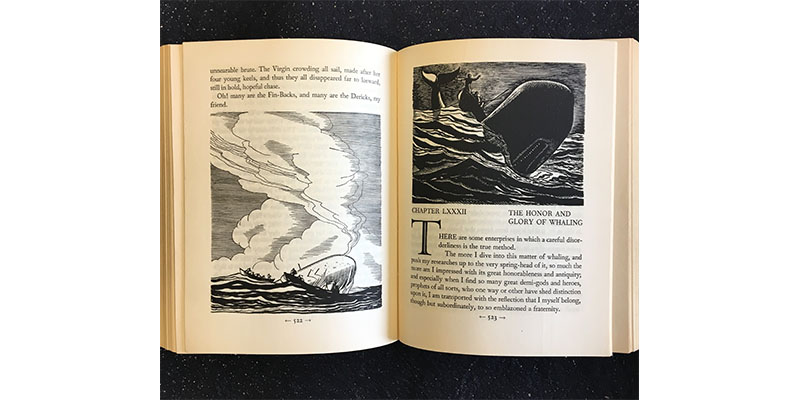 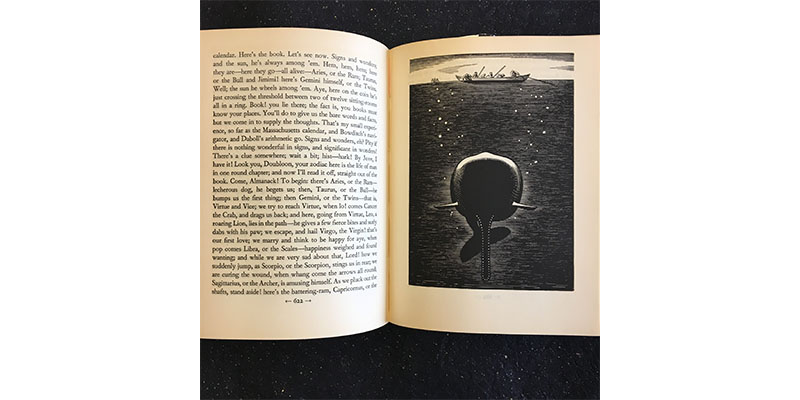 The nearly 300 drawings Kent produced for the Lakeside Press edition of Moby Dick, took him four years to complete. He was influenced by illustrated whaling chronicles such as William Scoresby’s An Account of the Artic Regions, with a history and description of the Northern Whale-Fishery (1820) and Thomas Beale’s The Natural History of the Sperm Whale (1835.) Melville also drew heavily from this source material, as well as Owen Chase’s account, the Narrative of the Most Extraordinary and Distressing Shipwreck of the Whale-Ship Essex (1821.)  Though Melville and Kent lived in different centuries, both shared the experience of being voyagers, but on opposite ends of the poles.  Melville spent time aboard whaleships in the South Pacific and Kent found inspiration in the stark beauty and severity of the artic seas.

Surviving a shipwreck further strengthened Kent’s connection with Moby Dick. On May 19, 1929, he set off on a journey to Greenland on board Direction, a thirty-three foot cutter with his friends Arthur S. Allen and Lucian Carey. The boat ran into a storm on July 15th and sank near Godthaab, Greenland. Kent and the other two mariners made it safely to shore. Kent stayed on in Greenland and chronicled his experiences in the book N by E, which he both wrote and illustrated. The trade edition was issued by Brewer and Warren and printed by Lakeside Press in 1930.

He completed his final batch of drawings for Moby Dick in November 1929, at the explorer Knud Rasmussen’s home near Copenhagen. Before the Lakewood Press edition was released, an exhibition of Kent’s Drawings for Moby Dick was held at the Weyhe Gallery in New York, February-March 1930. Kent is known for his strong rendering of forms. His drawings closely resembled that of a woodblock print because of their sharp contrast between light and dark.  They expertly provide a visual narrative that captures both the physical world and the mystical.

Rockwell Kent was a painter, printmaker, writer, adventurer, and political activist. A selection of Kent’s illustrated work is on view at the Mary R. Schiff Library and Archives for the month of May, showcasing his own illustrated memoirs and adventure writing, alongside his monumental illustrations for Moby Dick.