Mummies, Monsters and Myths, Oh My! 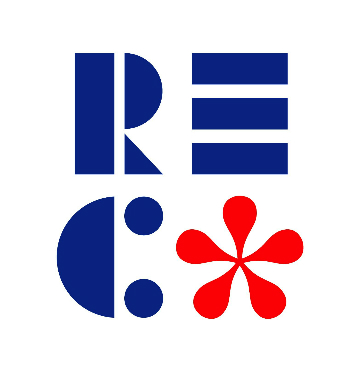 The Rosenthal Education Center is undergoing an ancient makeover… 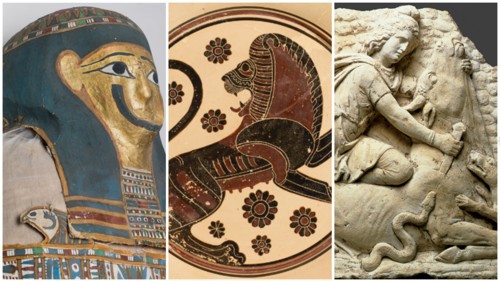 We are hard at work planning the REC’s next exhibition, Ancient World, which opens to the public on Saturday, October 3rd. It will run through Spring 2016. Ancient World gives museum visitors the chance to explore ancient Egypt, Greece, and Rome through a variety of hands-on experiences. This exhibition coincides with the re-installation of the museum’s antiquities collection in Galleries 101 and 102. Here’s a sneak-peek of some of the activities you’ll find in the REC beginning in October:

Ancient Architects
Grab your hard hat and get ready to build. This interactive activity lets you play both architect and construction worker. You’ll see a blueprint of a famous piece of ancient architecture projected on the wall. It’s your job to replicate the structure you see out of giant, foam blocks. Pay attention to the timer, you only have a few minutes to complete your creation before the blueprint changes. If free-building is more your style, use the ancient structures as inspiration for a totally unique creation. 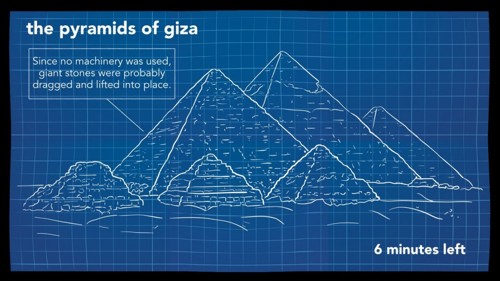 Stories in the Stars
For Ancient World, the REC’s super-sized light box transforms into the starry night sky. Learn about how the ancient Greeks named constellations after mythological gods, heroes, and monsters. Each constellation has its own unique story. By connecting the dots on the star chart, you can create your own awesome astronomical creation. Give your new constellation a name and an epic backstory. You can even leave it on our chart for the next amateur astronomer to discover. The sky’s the limit.

Secret Scribes
Ready to write like an Egyptian? Try your hand at being a scribe, one of the most revered positions in ancient Egyptian society. Scribes were masters of hieroglyphics — an elaborate form of picture-writing.  You’re in charge of writing secret messages for our mummy to take to the afterlife. Once you’ve left him some good vibes, pretend you’re a modern-day archaeologist. Use the hieroglyphic alphabet to decode messages left on the mummy by past scribes. 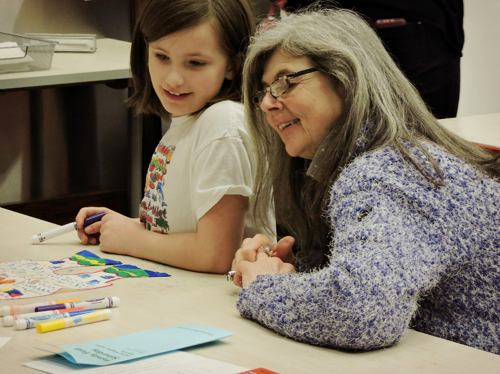 The Rosenthal Education Center is always free and open to the public. Hours are Tuesdays through Sundays, 11am-5pm.