The Streetcars of Cincinnati

As Cincinnati prepares for today’s launch of its new streetcar service-the Cincinnati Bell Connector, you may not realize this isn’t the Queen City’s first experience of streetcars. For almost 100 years, from 1859 until 1951, Cincinnati had a streetcar system that was the main mode of public transport for many residents until supplanted by the automobile. 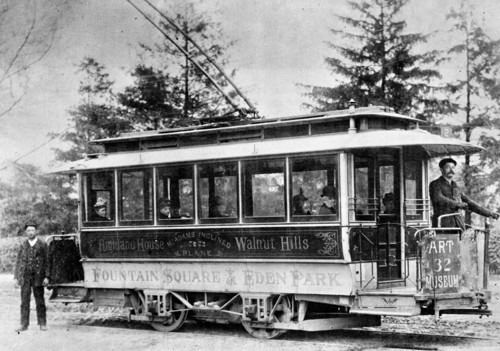 The first streetcars started running in September 1859 and were pulled by horses. Electric streetcars arrived in 1888 - much to the horses’ relief. At this time there were numerous companies operating streetcars in the city, each offering routes to and around specific communities. One such company was the Eden Park, Walnut Hills and Avondale Street Railroad, which ran a route close to the site proposed for the new art museum (which would open in 1886). The company wrote to the museum’s Board of Trustees in April 1881 informing them they would carry passengers from Fountain Square to Eden Park for a fare of five cents. 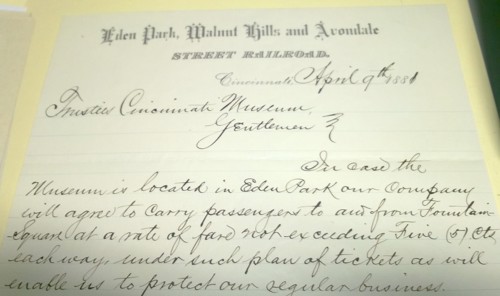 Letter from the Eden Park, Walnut Hills and Avondale Street Railroad to CAM’s Board of Trustees

The Eden Park, Walnut Hills and Avondale Street Railroad was actually owned by the Mount Adams and Eden Park Inclined Railway Company, which also operated the incline railway up Mount Adams, one of several that used to serve Cincinnati’s hilltop communities. 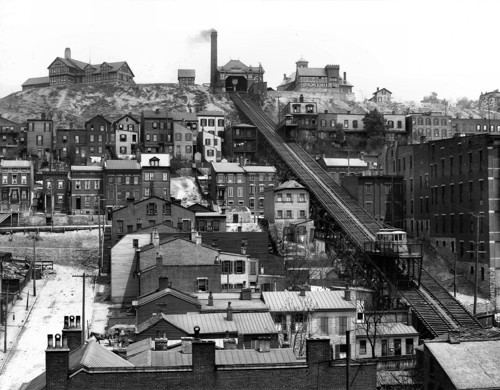 Like many other Cincinnati streetcar companies, the Mount Adams and Eden Park Inclined Railway Company was eventually taken over by the Cincinnati Street Railway Company, which became the largest public transit operator in the city. CSR’s route to Eden Park ran from Downtown through the park and on to the Zoo. Recognizing that more visitors going to the art museum meant more passengers on the streetcar, the CSR actively promoted museum exhibitions and events to its customers. 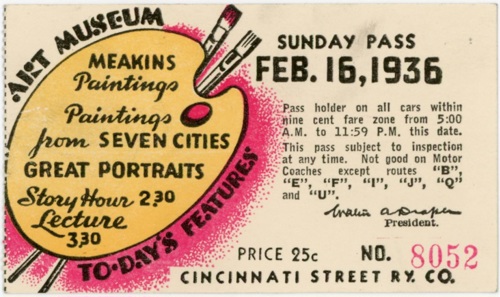 For the same reason it also promoted the Art Academy, which until 2005 was located next to the art museum in Eden Park. 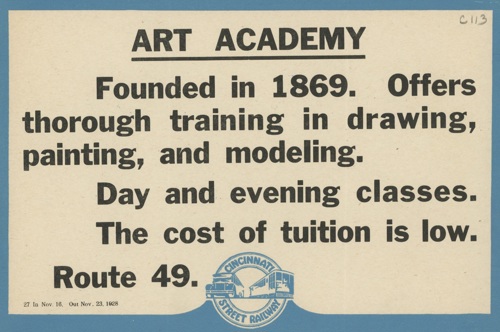 Examples of other promotional materials produced by the Cincinnati Street Railway in the 1920s, 1930s and 1940s from the archives of the Cincinnati Art Museum are displayed in the Mary R. Schiff Library during September.