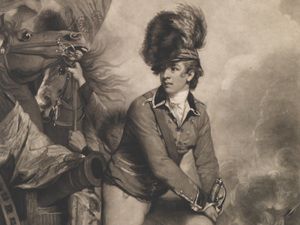 Seventeenth century Dutch painters and printmakers sought to depict chiaroscuro and convey atmospheric depth. Although a variety of relief and intaglio techniques existed, a nonlinear graphic process that could translate painting’s tonal values and surface textures had eluded artists, engravers and publishers. In 1642, an amateur, Ludwig van Siegen of Utrecht, discovered a new technique, mezzotint, where the artist works from dark to light. Drawn from the Cincinnati Art Museum’s permanent collection this show presents landmarks in the history of mezzotint from 1642 through its heyday as a reproductive medium in eighteenth century portraiture in England, and on through the creative use of the medium today.