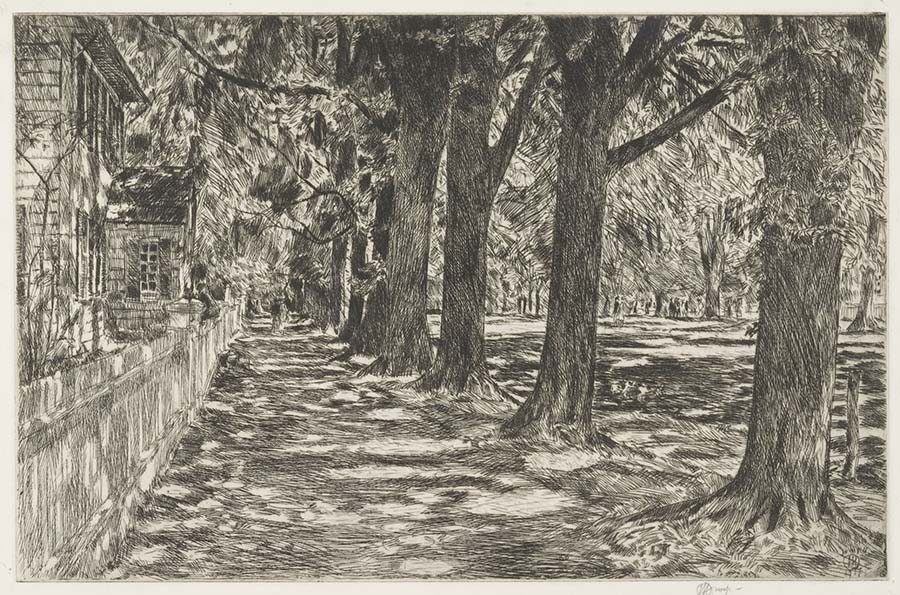 Childe Hassam was born in Dorchester, Massachusetts in 1859. A famed American Impressionist painter, it was not until 1915, at the age of fifty-six, that he seriously turned his attention to printmaking. During the last two decades of his life he created an impressive graphic legacy numbering 380 etchings and 45 lithographs. These mediums offered fresh aesthetic possibilities, allowing him to experiment with new visual effects in line and pattern.

During World War I he was the sole American Impressionist to depict New York skyscrapers decorated with patriotic banners. His prints of New England and East Hampton retain a strong sense of place. Hassam’s rambles through New England focused on the surviving material culture, transforming it as a symbolic emblem of our founder’s vision, American ingenuity and the enduring values of the Puritan past. His style with its articulation of bold and fine lines and strong surface patterns evolved from Impressionism as it moved towards Expressionism.