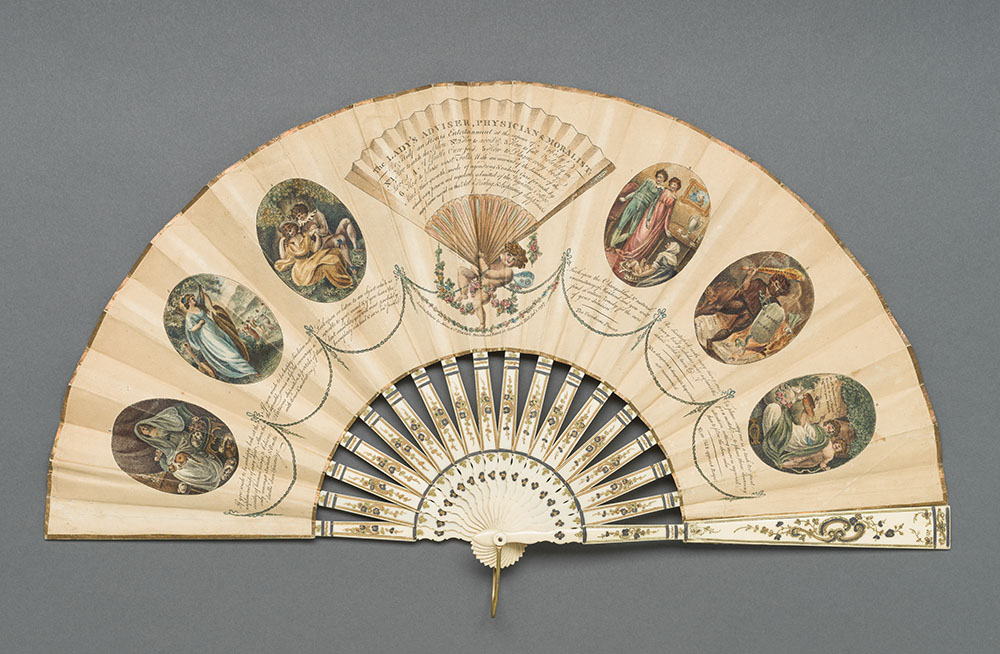 The Lady’s Adviser: Love and Courting on Folding Fans

Women’s fans of the eighteenth and nineteenth centuries were often decorated with subjects that were meant to act as conversation starters during social gatherings. Imagery could include any number of themes, from nature to classical mythology, commemorations of events, and even illustrations and rules for party games. One theme that frequently appeared was romantic love. Scenes of this nature often included young men in typical gestures of courtship such as gift-giving, adoration, and using music and dance to woo the ladies of their affection. This special feature includes 22 fans from the museum’s permanent collection that portray such scenes of love and whimsy.