Growing up in New York City, Arthur King was always interested in art. As a Merchant Marine during World War II, King began making jewelry out of odd bits such as scraps of metal and sharks’ teeth. Upon his return to shore, King pursued jewelry-making as a career. He opened his first shop in the late 1940s in Greenwich Village. His compatriots were modernist jewelers Art Smith and Sam Kramer.

Even at this early stage, King’s jewelry was unconventional. Working in brass and silver, rough semi-precious stones were wrapped and suspended in wire. These initial pieces evolved into more mature examples in which King seemed to capture stones in writhing metal. In 1961, he was invited to show his work in the International Exhibition of Modern Jewellery at Goldsmiths’ Hall.

King had a character that matched his jewelry. He was often described as an off-beat gem designer with a dark beard and a diabolical smile. Amused by the attention it attracted, King could be seen driving around town in a London taxicab complete with a cane rack and plush carpeting. Working in New York City, King sold through various retailers and eventually opened his own shops worldwide in Miami, Paris, Havana, and London. 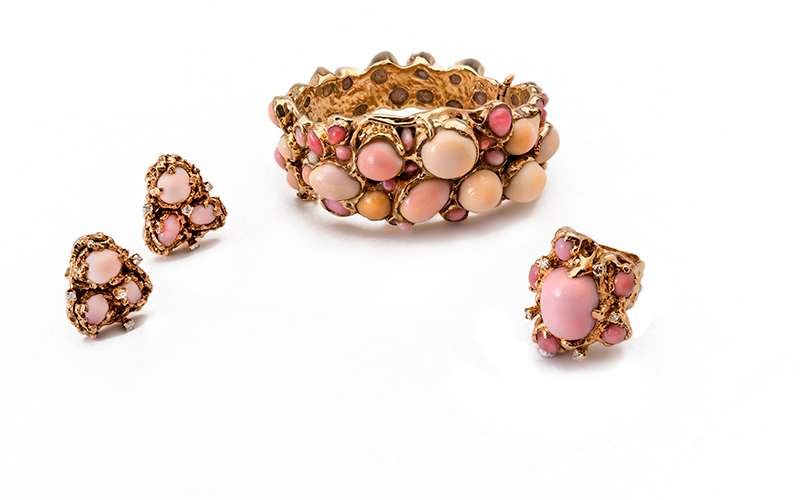 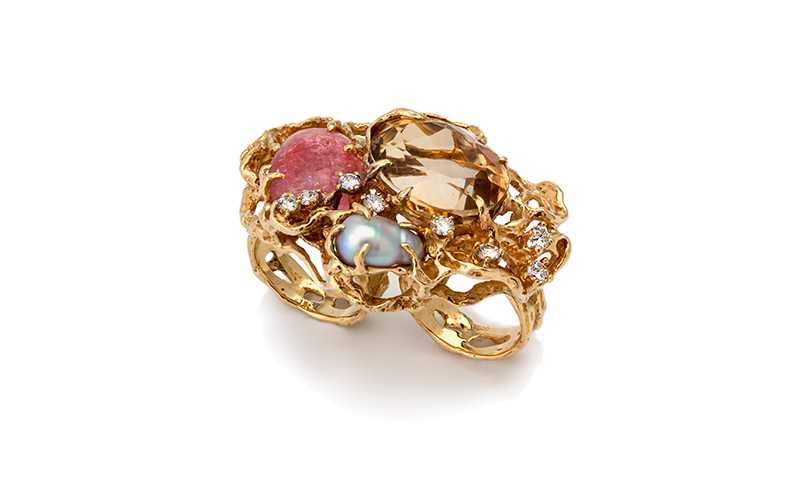 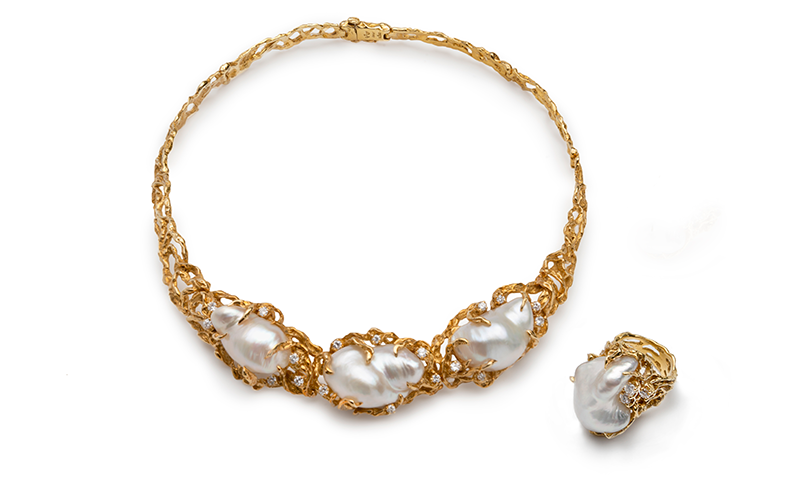 Necklace and Ring by Arthur King 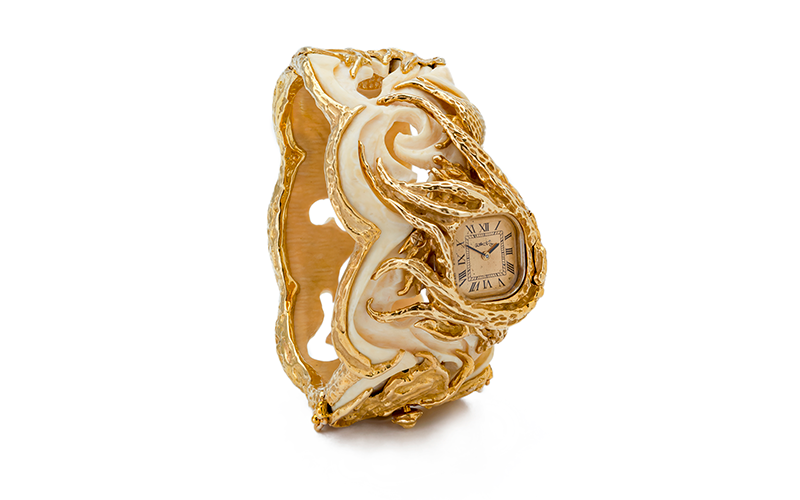