Although the 1960s and the 1970s were distinct decades, the style of jewelry created during these twenty years overlaps, just as fashion does not change precisely at the beginning or end of a decade. Those who created the fine jewelry shown here worked primarily in yellow gold, generally choosing semi-precious stones such as amethysts, citrines, or aquamarines over the precious gems—diamonds, rubies, emeralds, and sapphires—as their focal point.

These jewelers were inspired by the forms and textures they found in nature. Rough, matte finishes were commonplace, mirroring the qualities of natural flora and fauna. At times, textures were inherent in the unusual materials chosen, such as slate, shell, freshwater pearls, coral, or crystals, used uncut or unpolished directly from the earth or the sea. In other instances, the jewelers experimented and perfected new ways to work with these components, creating distinctive qualities and unique pieces.

Not content with creating jewelry whose only purpose was to augment fashions of the period, as was true in previous centuries, these artist-jewelers wanted their work to be the principal focus. The examples in this gallery embody the unusual materials, textures, and sculptural forms on which they focused. 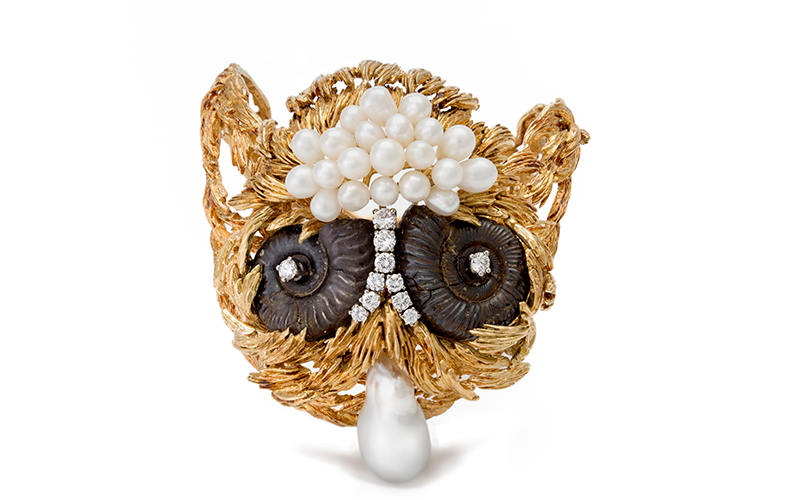 Bracelet and Brooch by Gilbert Albert 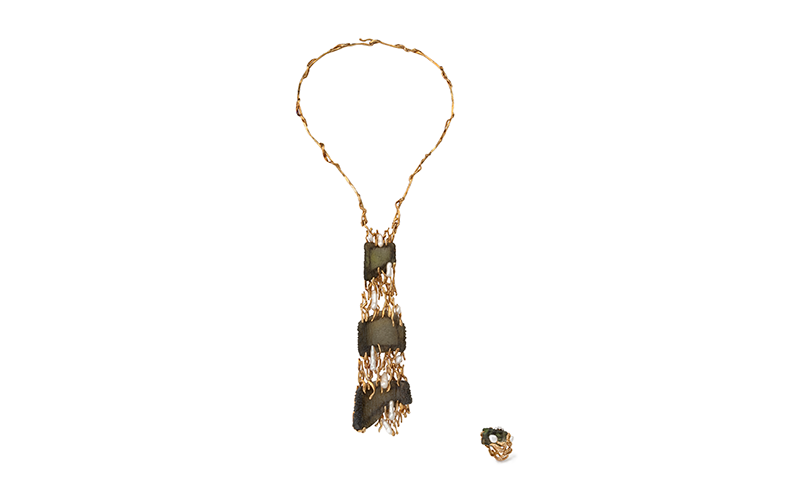 Necklace and Ring by Gilbert Albert 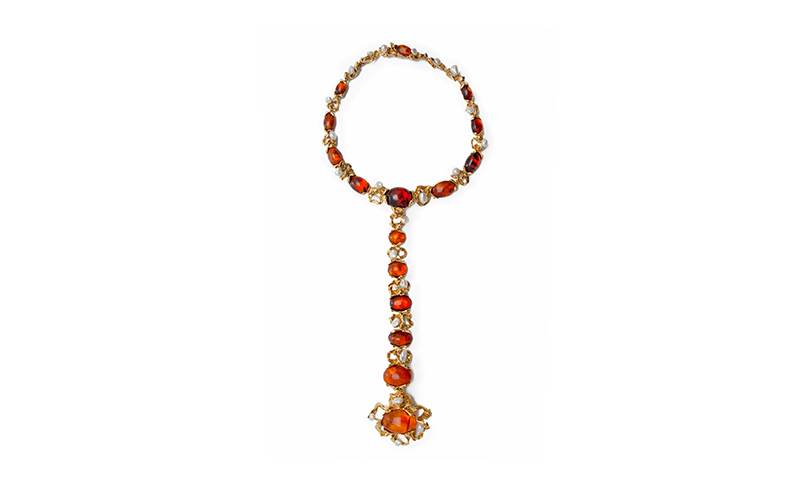 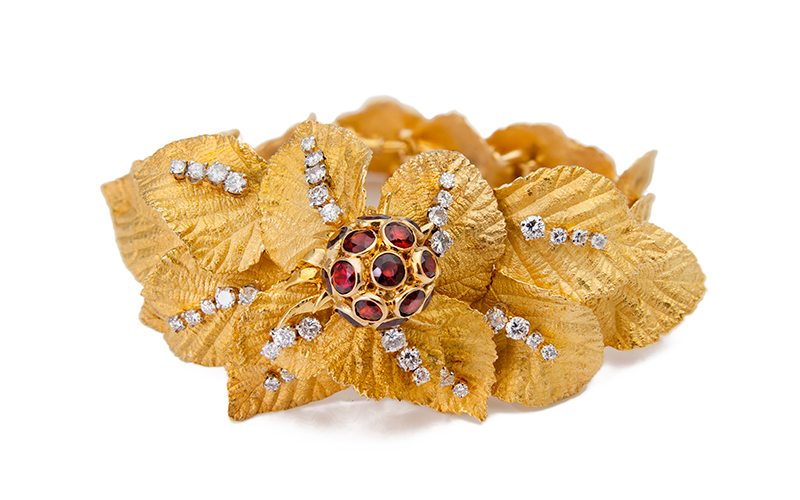 Necklace and Bracelet by Jean-Claude Champagnat 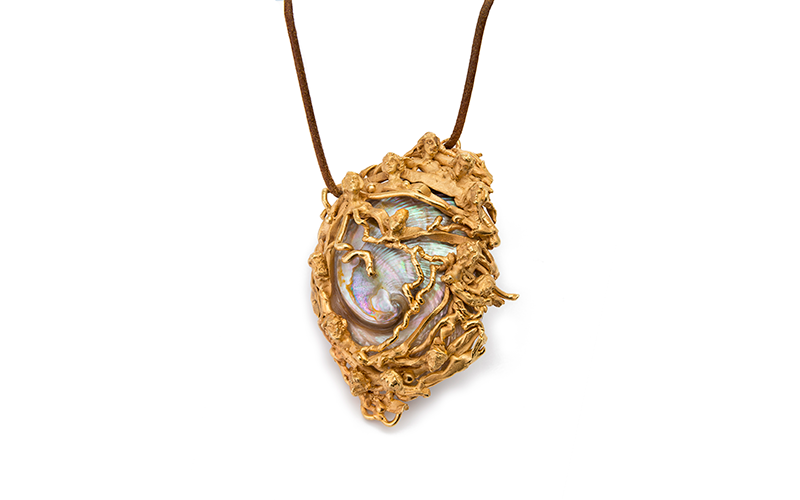 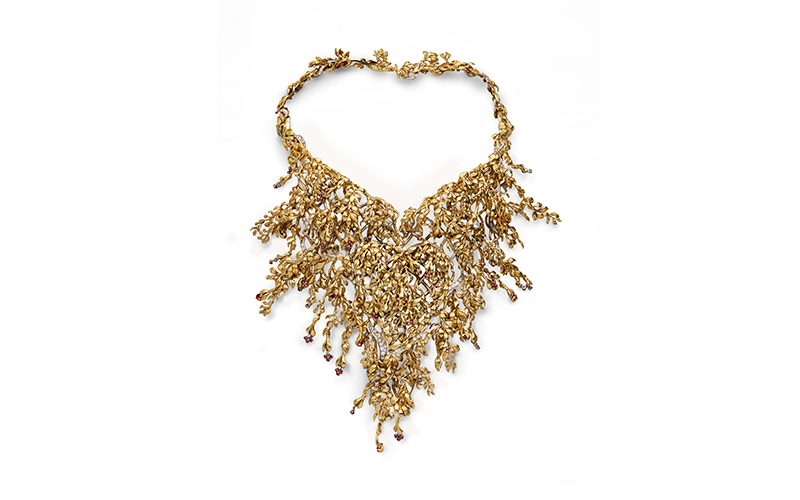 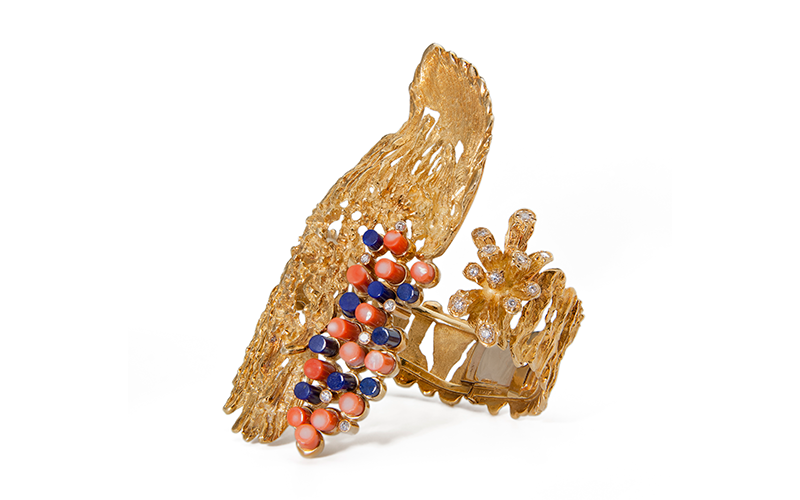 Necklace and Ring by Gerda Flöckinger 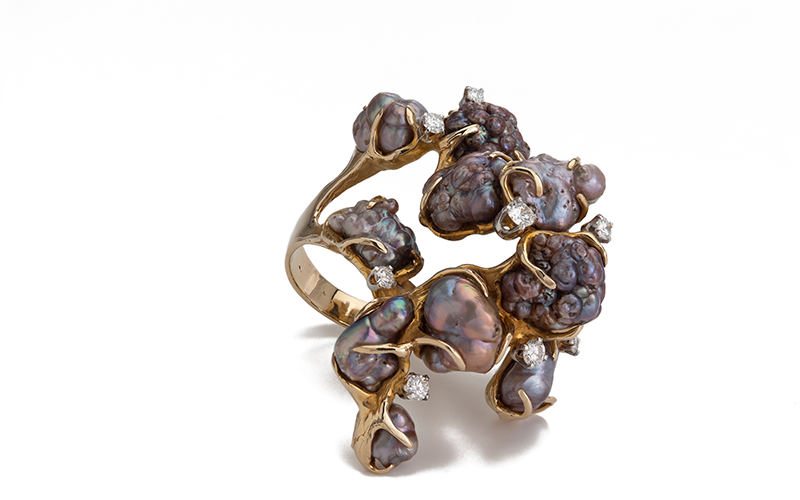 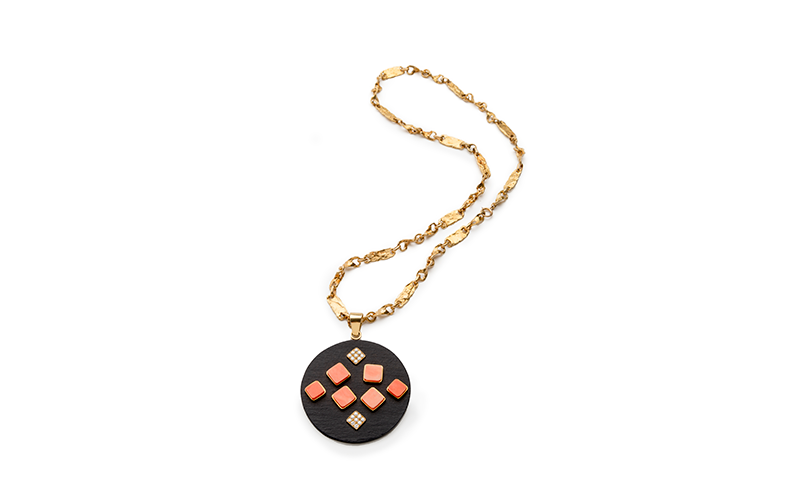 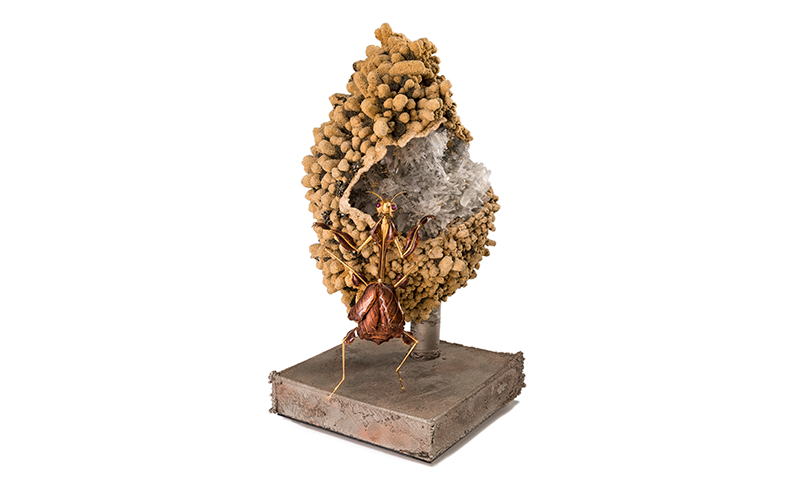 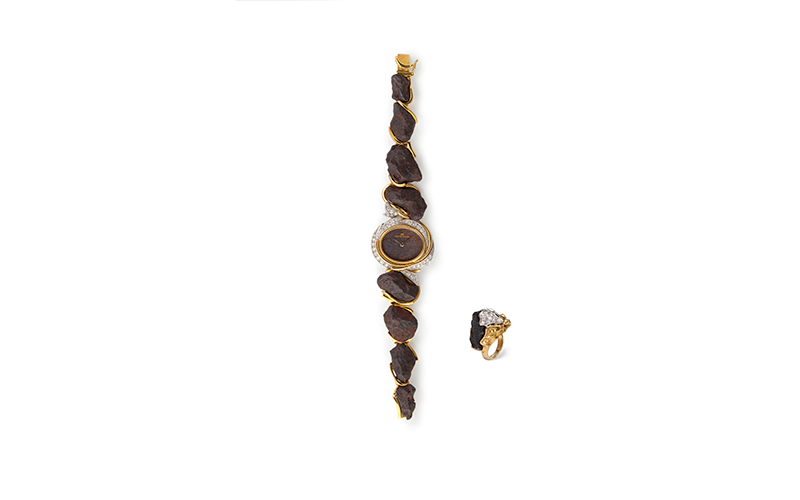 Watch and Ring by Augustin Julia-Plana 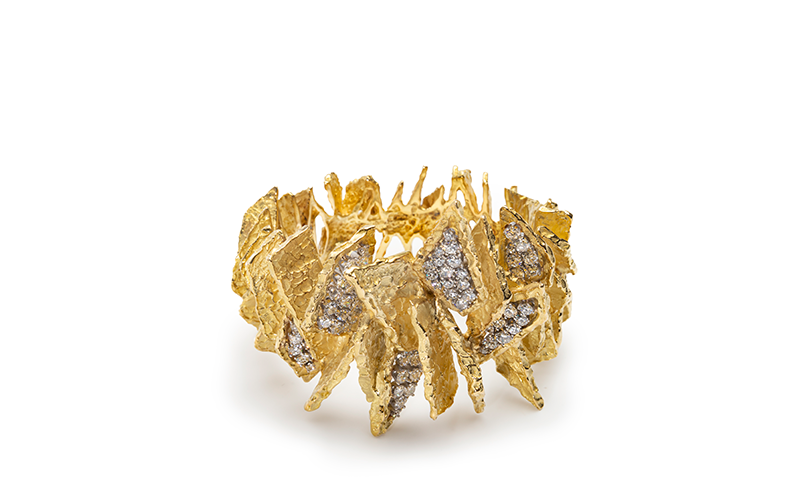 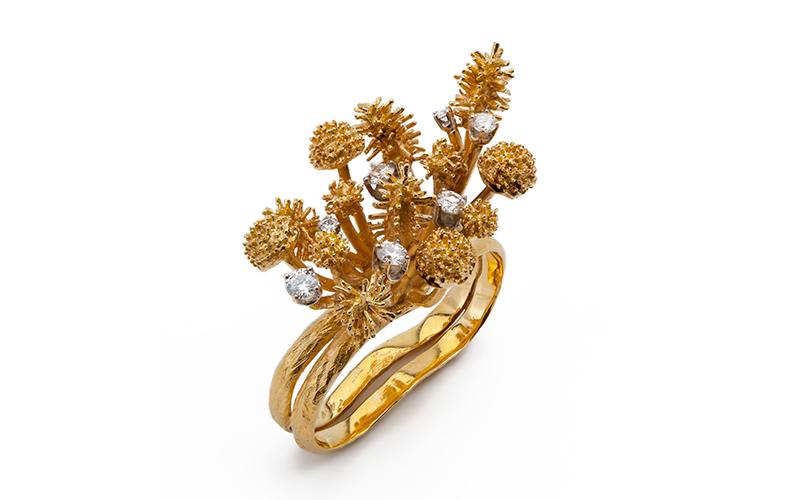 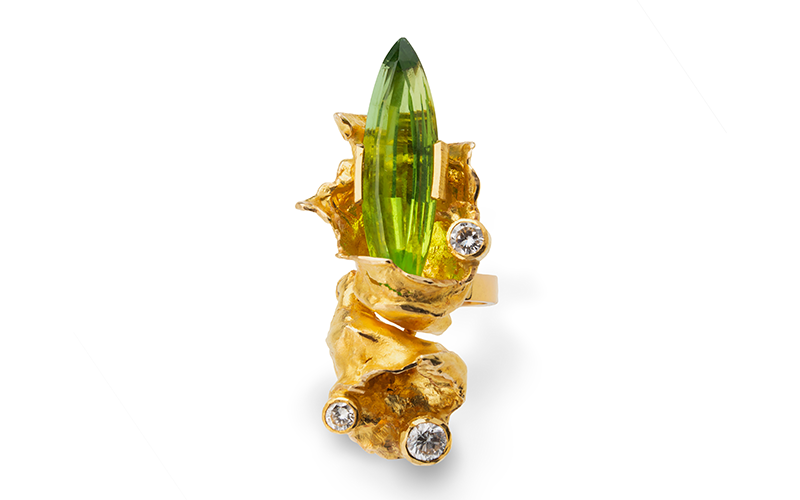 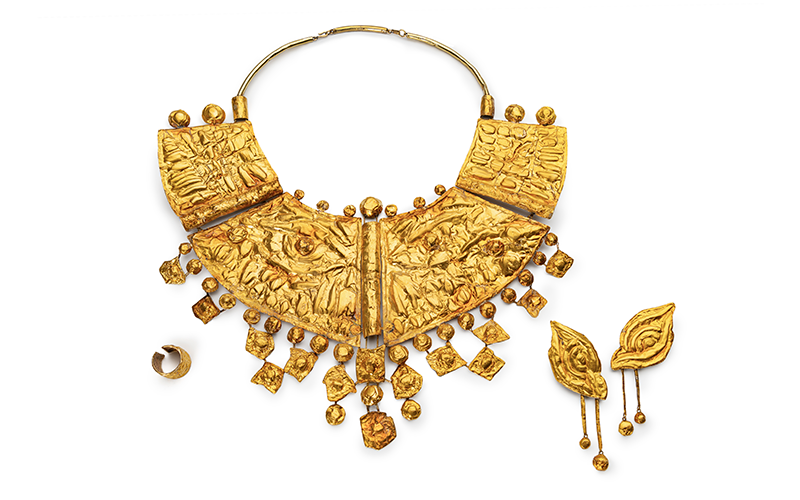 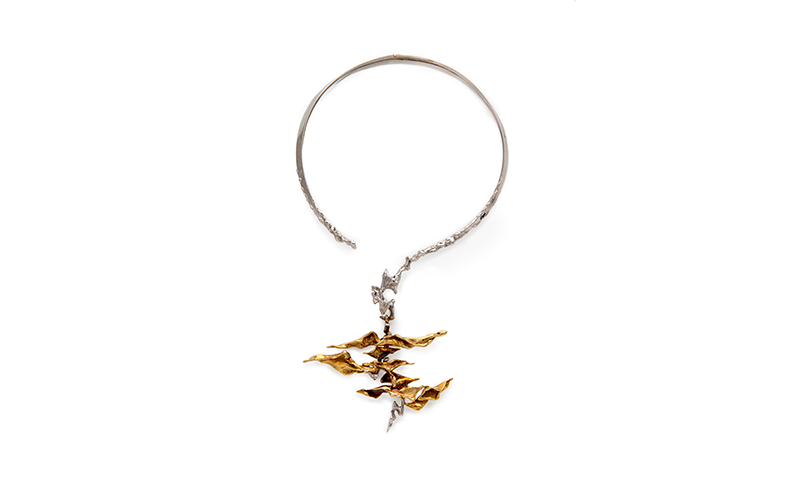 Necklace with Pendant by Marguerite Stix 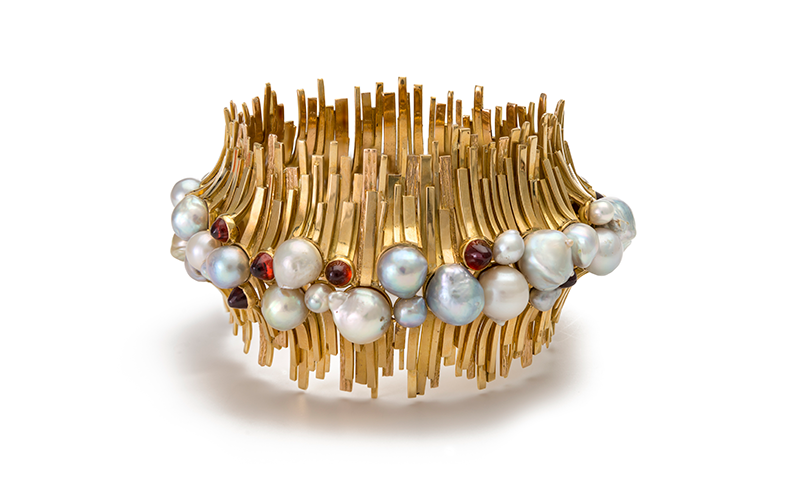 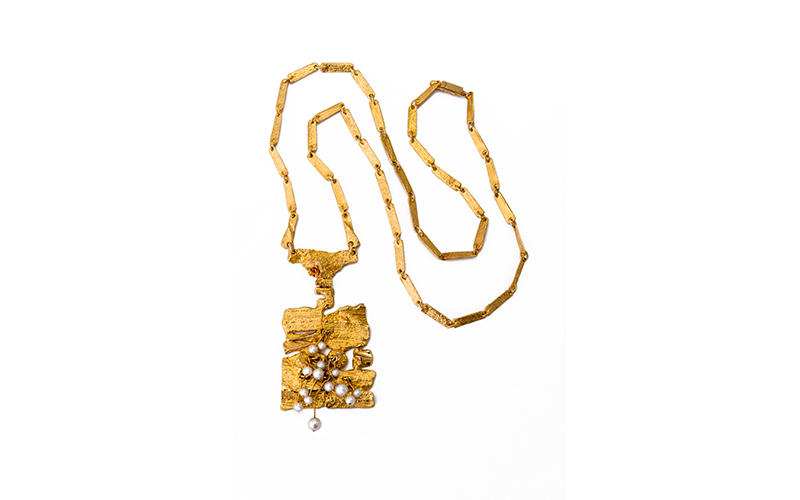 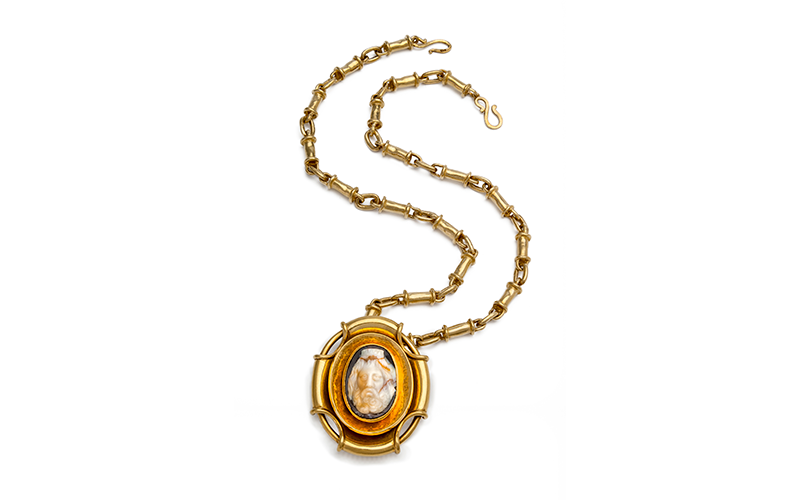 Necklace with Pendant by Helen Woodhull 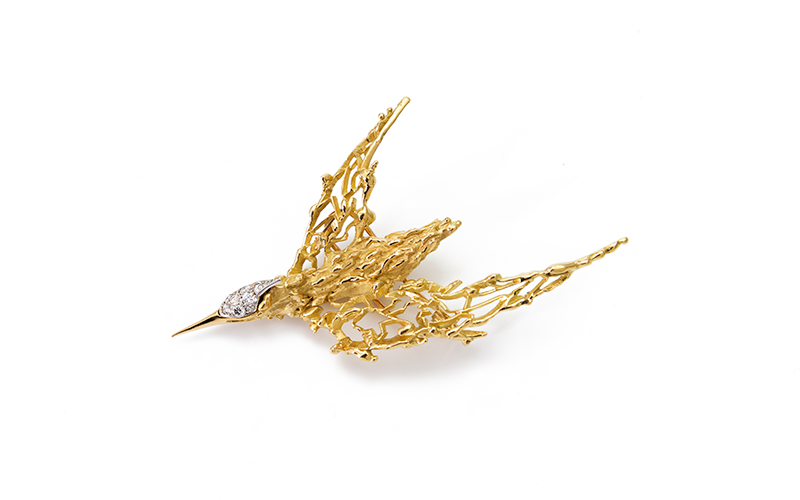