Portrait of a Young Woman Playing a Lyre 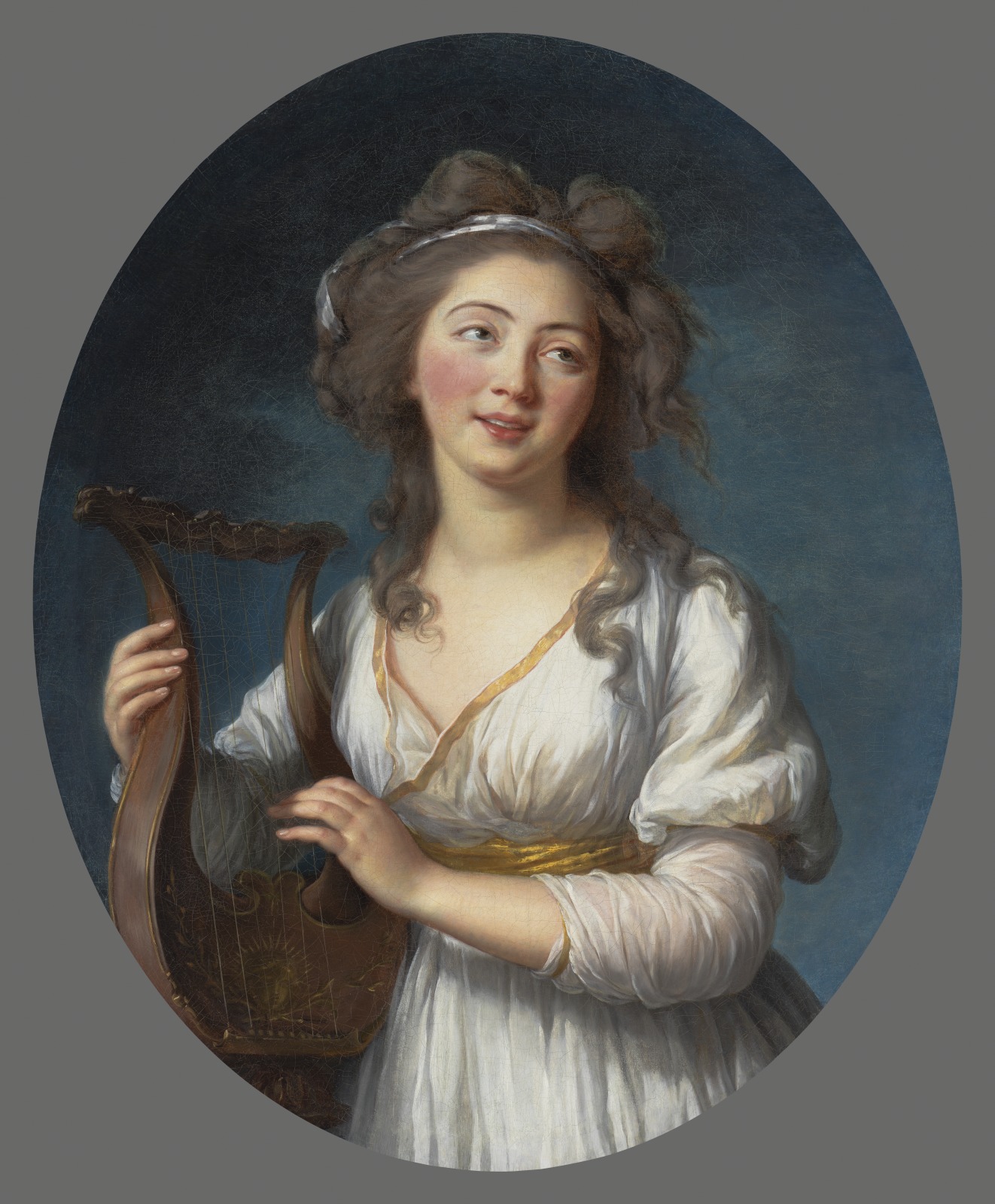 Name:
Portrait of a Young Woman Playing a Lyre
Artist:
Elisabeth Louise Vigée Lebrun (French, b.1755, d.1842), painter
Date:
Late 1780s
Place:
France
Medium:
oil on canvas
Measurements:
35 x 28 1/2 in. (88.9 x 72.4 cm) oval
Classification:
Painting
Department:
European Paintings, Sculpture and Drawings
Credit Line:
Gift of Emilie L. Heine in memory of Mr. and Mrs. John Hauck
Provenance:
Tatlet Collection [1]. (Duveen, London, by at least May 1906-at least 1911 [2]). (Knoedler & Co., New York, probably sold to [3]); Emilie L. Heine, Cincinnati Art Museum, by at least 1940-1949, given with life interest to; Cincinnati Art Museum, 1949-present.Notes:[1] W. H. Helm, Vigée-Lebrun: Her Life, Works, and Friendships, London: Hutchinson & Co., 1915, p. 197.[2] The portrait was shown at Duveen in An Exhibiton of Masterpieces by French Painters of the XVIII Century, May, 1906, no. 19. The gallery later loaned the painting to the exhibition Les Modes: A travers trios siècles, Palais du Domaine de Bagatelle, 1911.[3]Schneider-Gabrel Galleries provided the provenance of many of Emilie L. Heine's paintings in 1940. Though the inclusion of the painting in their records would suggest the gallery's past ownership, a handwritten notation in the document they prepared suggests the painting actually came from M. Knoedler & Co. In addition, CAM records have always indicated that Heine acquired the painting from Knoedler. See Heine collection file, Schneider-Gabriel booklet, no. 5.[4] Emilie L. Heine, a collector with a penchant for the Barbizon school, began collecting art around 1912 and continued until the mid 1940s. The majority of the paintings were acquired for her Cincinnati home during the 1920s and 1930s, but specific dates of purchase for most are unknown. Heine gave this painting and numerous others to the CAM with life interest reserved in 1940. The Heine collection came to the CAM after her death in 1949.
Accession No:
1940.981