My passion for Japan is firmly rooted in the Cincinnati Art Museum.  Drawing lessons in the Asian galleries when I was nine years old sparked my interest in Japanese art.  That grew to a fascination with the people of Japan, their folktales, history and economics.  Sixty-one years later, I received the 2019 Kaneko Award from the America-Japan Society of Tokyo (AJST) for my people-to-people diplomacy. On my nineteenth trip to Japan this past November, I accepted the award at a ceremony in Tokyo.

After my drawing lessons, one thing led to another. I became a public school teacher and administrator while continuing to learn about Japan.  In 1984 I won a fellowship to study the Japanese economy in Japan. While there, I enjoyed a home stay that led me to become a home stay parent and my husband readily agreed.  Since then, our nineteen Japanese home stay students have deepened my understanding and respect for their culture. After retiring from full-time work, I’ve taught Japanese Art History at the university level and co-led four tour groups to Japan.  I’m also President of the Cincinnati Asian Art Society and Director of Cincinnati Dayton Taiko, a community group that plays traditional Japanese drums.  For the past 18 years I’ve researched 1830s Japan for a book of short stories and now a novel.

My connections to the art museum remain strong.  In 2004 I graduated as a docent and now I lead about 40 tours a year. Whenever possible, I include Japanese art in my tours, especially our World Cultures and Traditions tours. It’s not surprising that my favorite special exhibits have been Hanten and Happi, Public Spectacles, Private Pleasures, Masterpieces of Japanese Art, Dressed to Kill and Kimono: Refashioning Contemporary Style.

The Kaneko Award was established in 2017 to commemorate the 100th anniversary of the founding of the America Japan Society of Tokyo (AJST).  It is named for its first president, Count Kentaro Kaneko, a Harvard graduate who among many achievements served as a diplomat to America from the Meiji Emperor.  From the AJST announcement:  “The Award is given to those who have worked for long years to promote people-to-people exchanges between Japan and the United States, especially people who have worked at the grass roots level.”  For my acceptance speech in Tokyo, the AJST asked me to talk about our extended family in Japan.  The relationships with our former home stay students have become so close that many of them call me and my husband their “American Mama and Papa.”  Our extended family now includes 14 spouses and 25 “grandchildren.”  We’ll welcome grandchild #26 in June 2020. 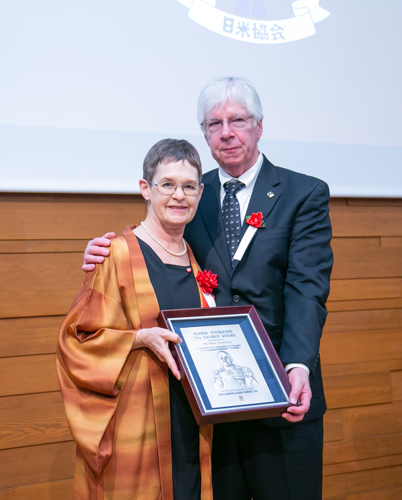 Helen and Steve Rindsberg with the award. 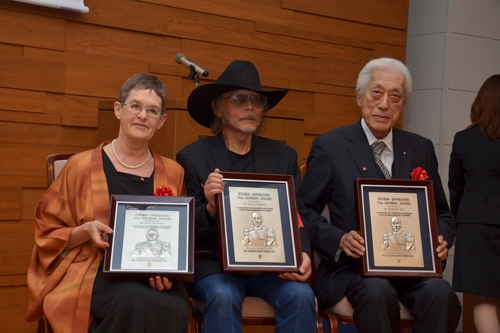 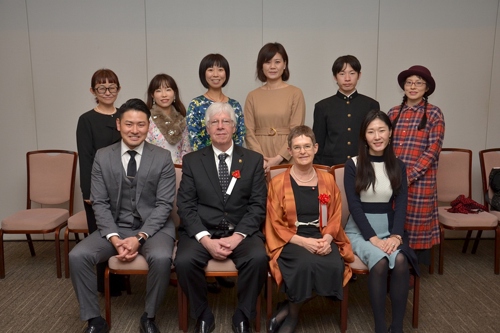 Helen’s home stay students who attended the ceremony and her oldest grandchild. 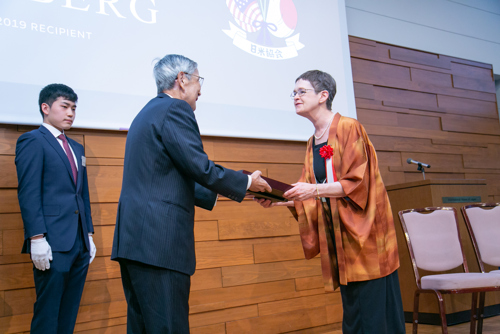 Receiving the award from Yuzaburo Mogi, Chairman and Honorary CEO of Kikkoman Corporation. 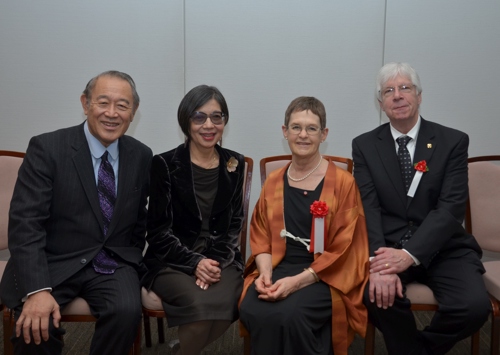 With Former Ambassador to the U.S. Ichiro Fujisaki, his wife and Steve Rindsberg. 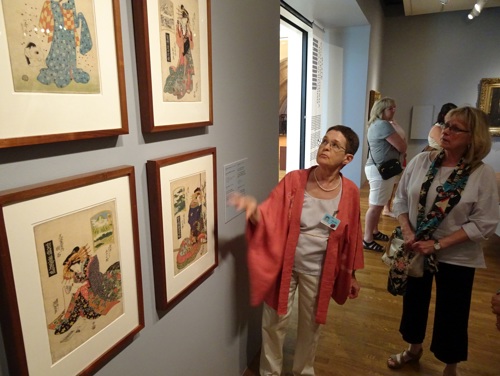