Behind the Scenes in Conservation: Assyrian Stone Wall Relief 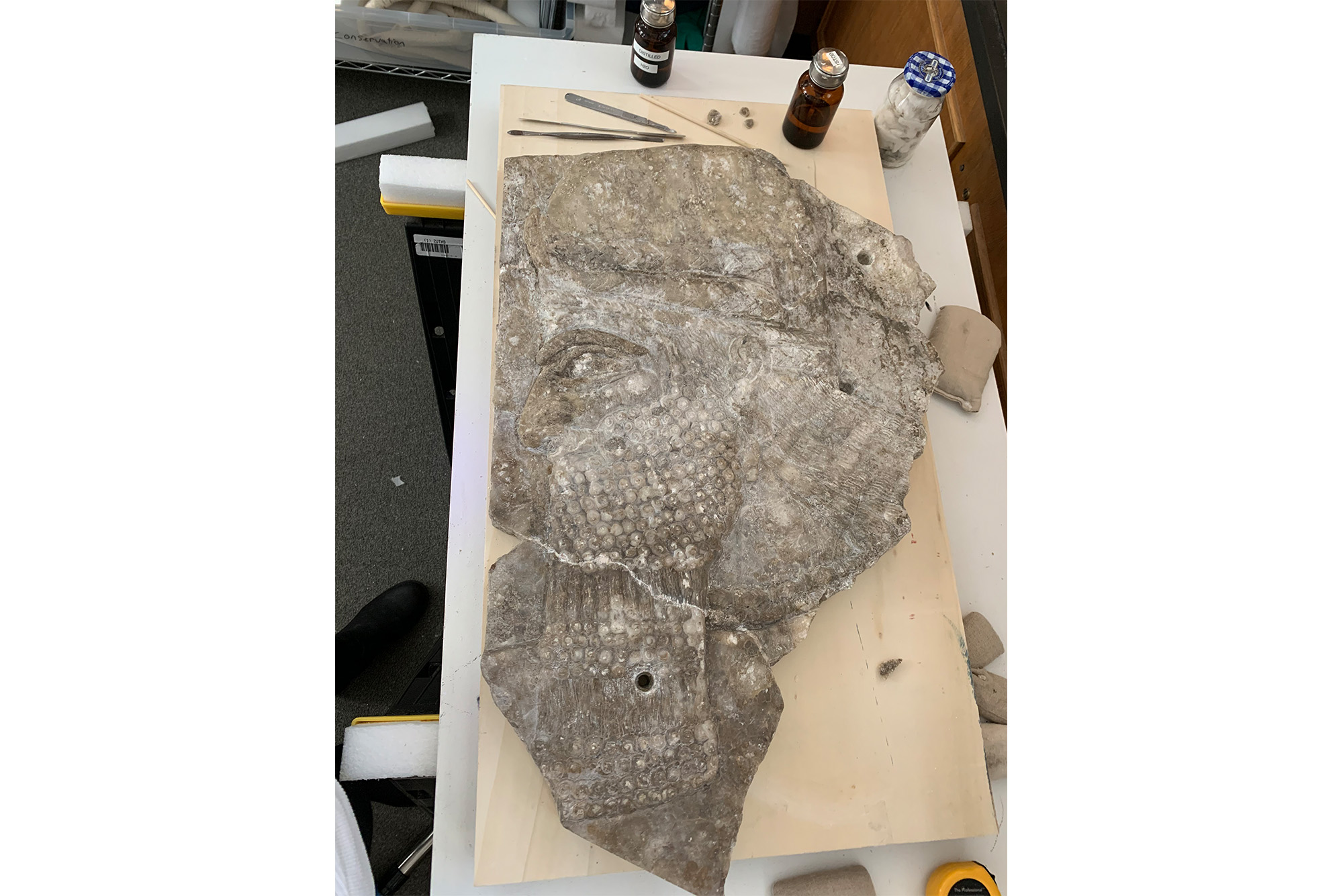 Fragment of a Stone Relief Depicting a Winged Genius from the Palace of Ashurnasirpal II, 870 BCE, Calah/Iraq, alabaster, Museum Purchase, 1952.7. 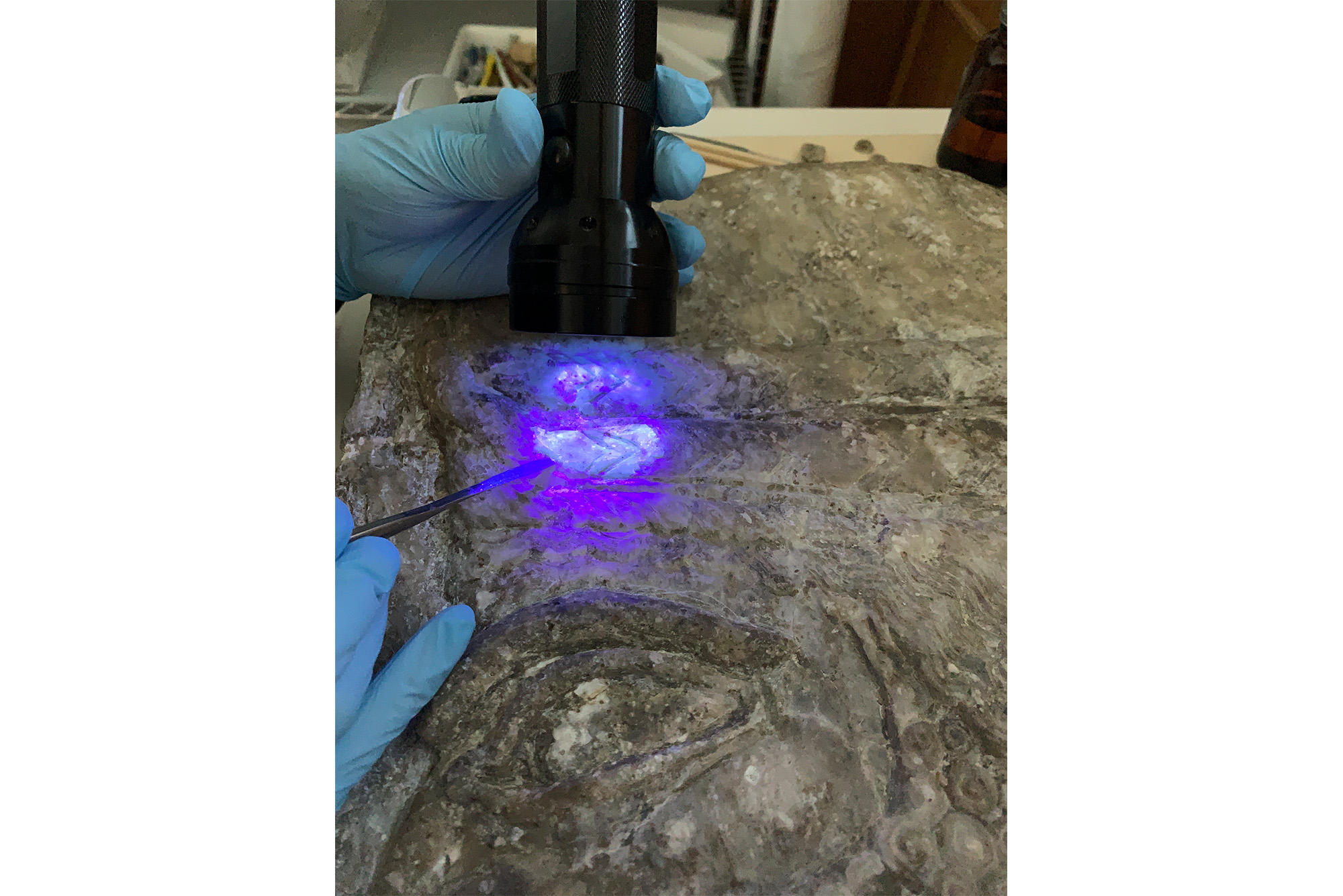 Fragment of a Stone Relief Depicting a Winged Genius from the Palace of Ashurnasirpal II, 870 BCE, Calah/Iraq, alabaster, Museum Purchase, 1952.7.

This week in objects conservation we are removing old wax fills from an Assyrian stone wall relief. This stone relief dates to 883-859 BCE and depicts a divine figure wearing a horned headdress. In the early 50’s many of the losses in the stone were filled with a wax/alabaster powder mixture, which, under UV light, fluoresces a bright green color. We have decided to remove these old fills as they have a glossier finish than the surrounding stone making them stand out, and in some areas, the fills extend over the original carving.

In a semi-dark room using a UV flashlight to easily locate the wax fills, our conservator carefully removes the wax using micro tools and solvents. It is a laborious process, but once finished, more of the original carved details will be revealed. Catch this piece back in the galleries in December 2021!