Behind the Scenes in Conservation: What can the dust tell us?

behind the scenes , conservation , objects conservation , No Spectators: The Art of Burning Man , Goddess of the Silver Spike , Autumn Adamme , Kalico Delafay 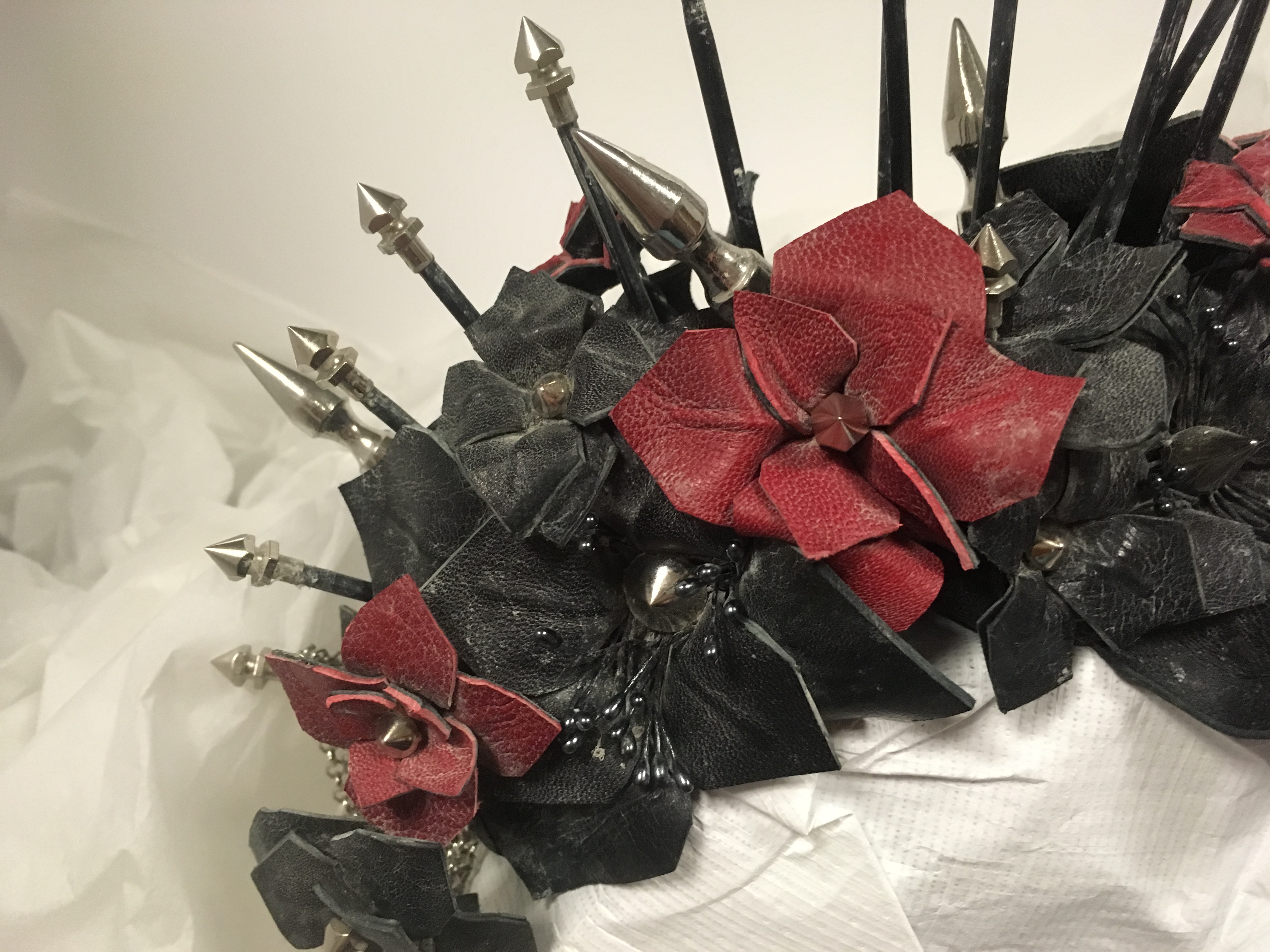 Sometimes dirt is part of an object’s unique story. This tiara is part of an ensemble called Goddess of the Silver Spike by Autumn Adamme and Kalico Delafay (Dark Garden Unique Corsetry). It will be installed soon as part of the second phase of No Spectators: The Art of Burning Man, opening June 7. The textile conservator inspected it as part of arrival procedures, but we won’t be touching the dust you see here. If anything, we’ll do our best not to disturb it! The dust peppering these leather flowers is from the Black Rock Desert, where Burning Man takes place. While normally we might see dust as disfiguring and undesirable, this dust tells us something about this object, what it is used for, where it’s been, and what makes it important.

Part of the experience of going to Burning Man is being in the desert. Dust storms are a routine part of the festival and something "Burners" need to be prepared for. This tiara has clearly seen its share of Black Rock dust, an inevitable part of being worn and used as part of the artist’s "radical self expression" at Burning Man. Come see Goddess of the Silver Spike and the rest of No Spectators: The Art of Burning Man in June and revisit the rest of the Burning Man works on display now! (Autumn Adamme and Kalico Delafay, Dark Garden Unique Corsetry, Goddess of the Silver Spike, leather headpiece, loan courtesy of Jennifer Raiser).