Etchings & words about the Seasons: The Work of Clare Leighton 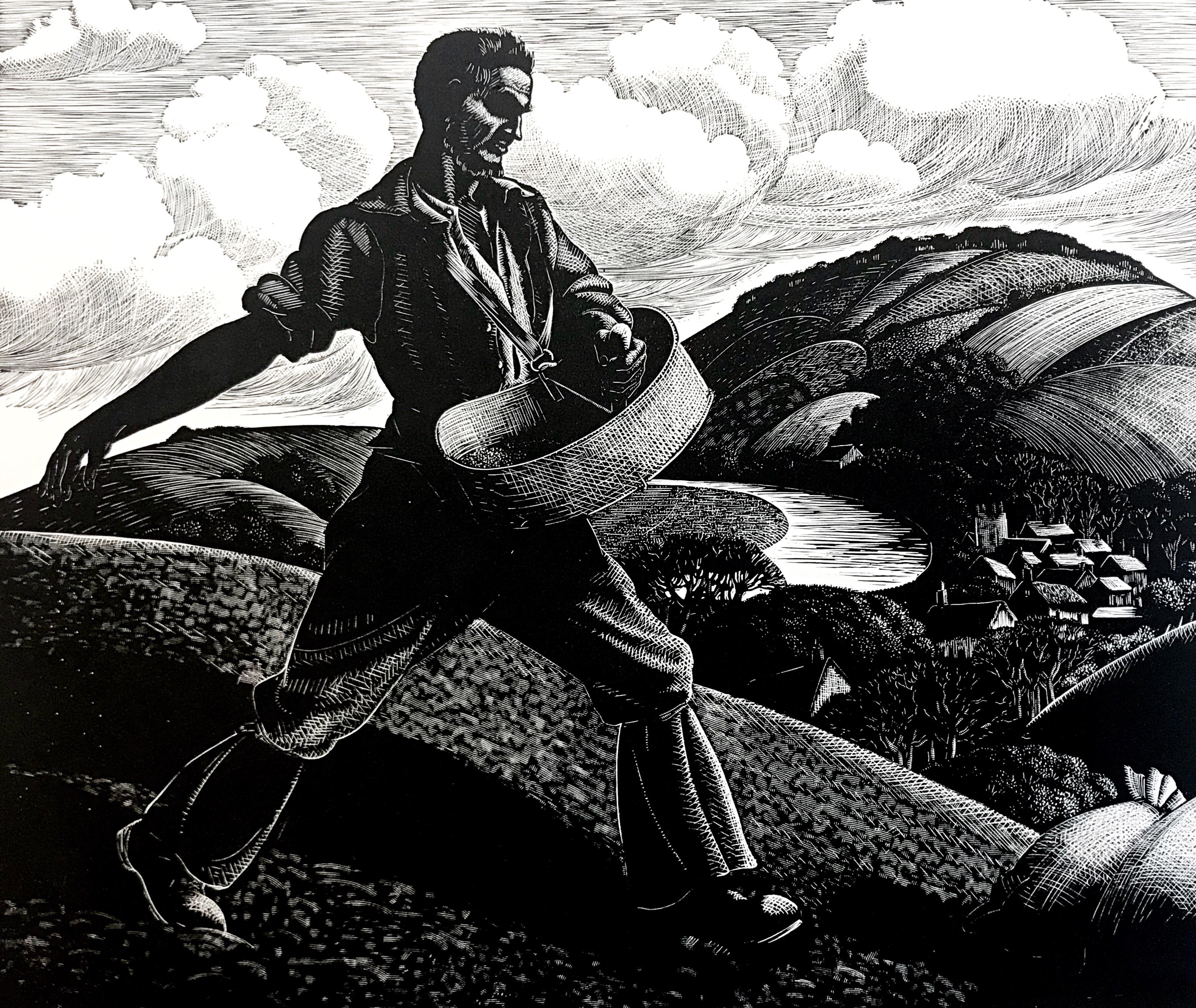 “Spring is here with us. In little wafts it touches the trees and hedges, giving us a feeling of a certainty that it is here for always, and that we have left behind us the cold and wet of winter…” So begins the description of the month of April in the book The Farmer’s Year, by Clare Leighton.

Born in 1898 in London, Leighton studied illustration, and the craft of wood engraving at the Brighton College of Art, the Slade School of Fine Art, and later at the Central School of Arts and Crafts. Following her formal education, Leighton traveled abroad studying landscapes, workers, and rural life. During the 1920s and 30s she published books, including the two on display here, The Farmer’s Year (1933), and  Four Hedges: a Gardener’s Chronicle (1935) which depict the seasons in the written word, and through the engravings included.

In 1939 she emigrated to the United States and settled in North Carolina, and in 1942 she published Southern Harvest, a book of engravings and essays about workers and landscapes from the Chapel Hill area which she called home. It was also around this time that Clare was a member of the Department of Art, Aesthetics, and Music at Duke University. Her archives and papers, including many preparatory drawings are now housed at the Duke University Library.

In 1948 the Wedgewood Company commissioned Clare to create a series of twelve plates depicting New England Industries. In preparation for this work Leighton moved to New England, which was to become her permanent home. The plates included imagery depicting industries such as logging, whaling, shipbuilding, farming, maple sugaring, and many others. Through Leighton’s work one can see how she identified with the individuals she chose to represent. She saw her labor as an artist/craftswoman to be on the same level as the work of the farmer. While her work might seem nostalgic to our contemporary eyes, in reality her images were more akin to a protest against the losses of industrialization. 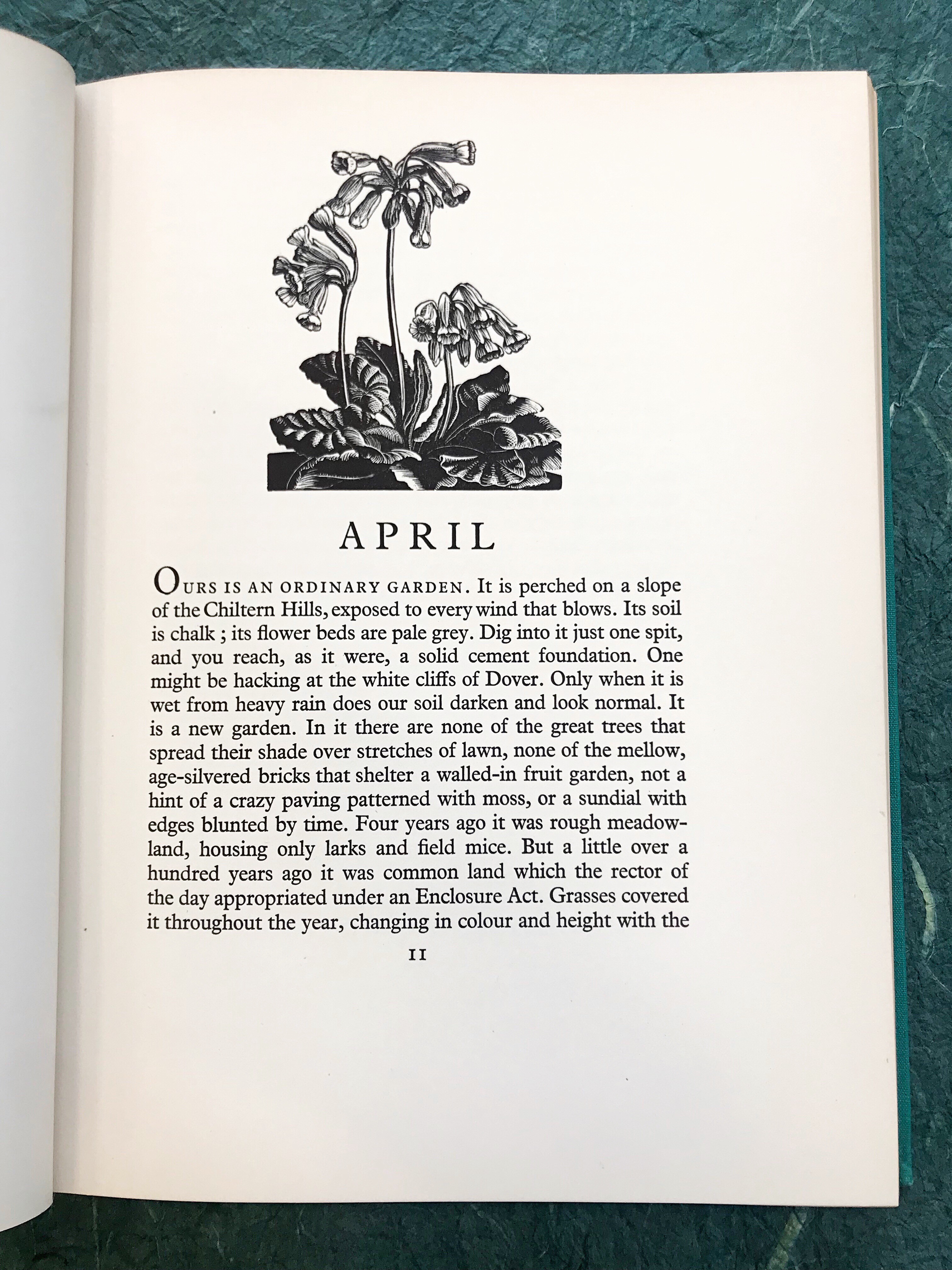 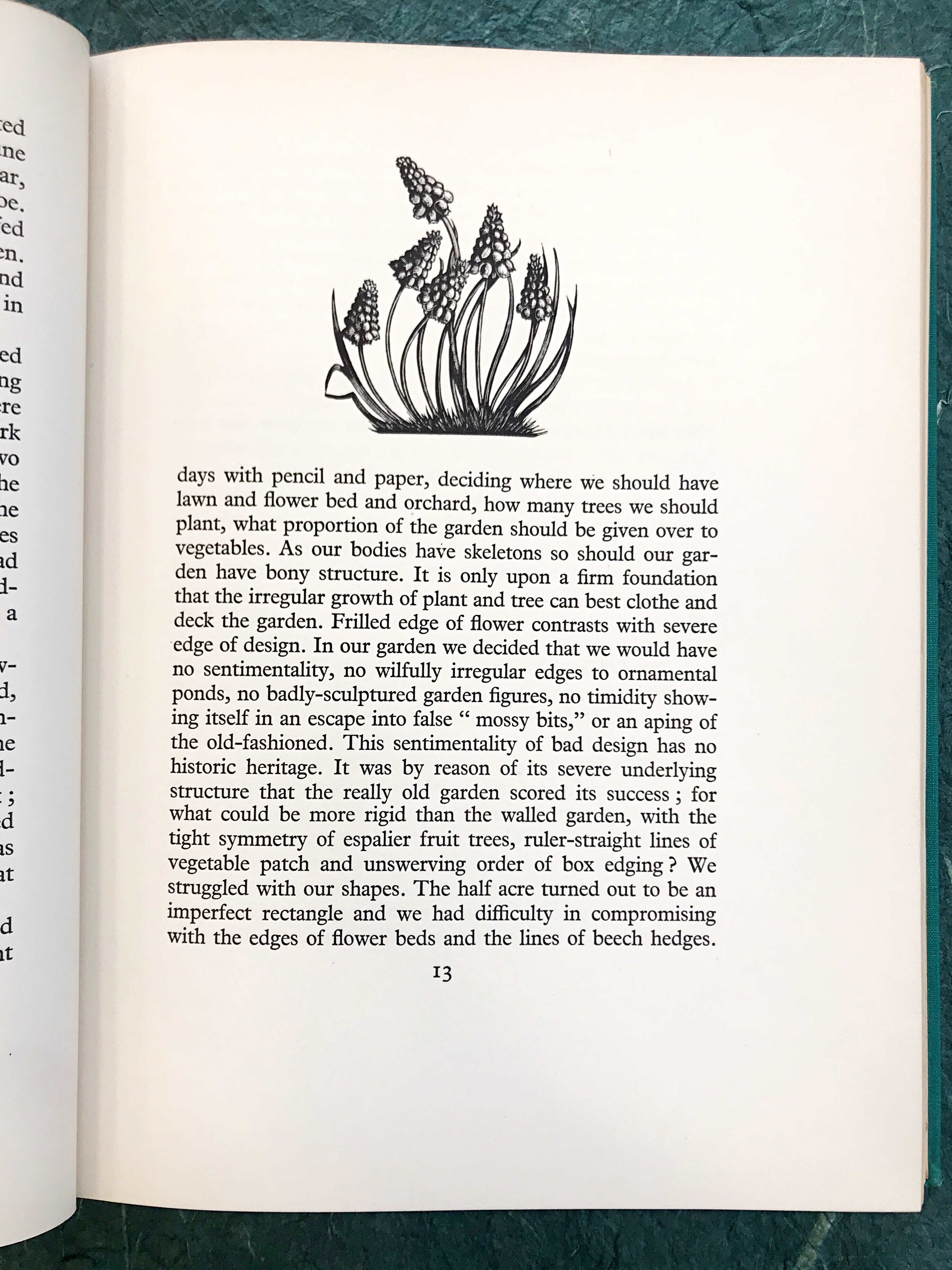 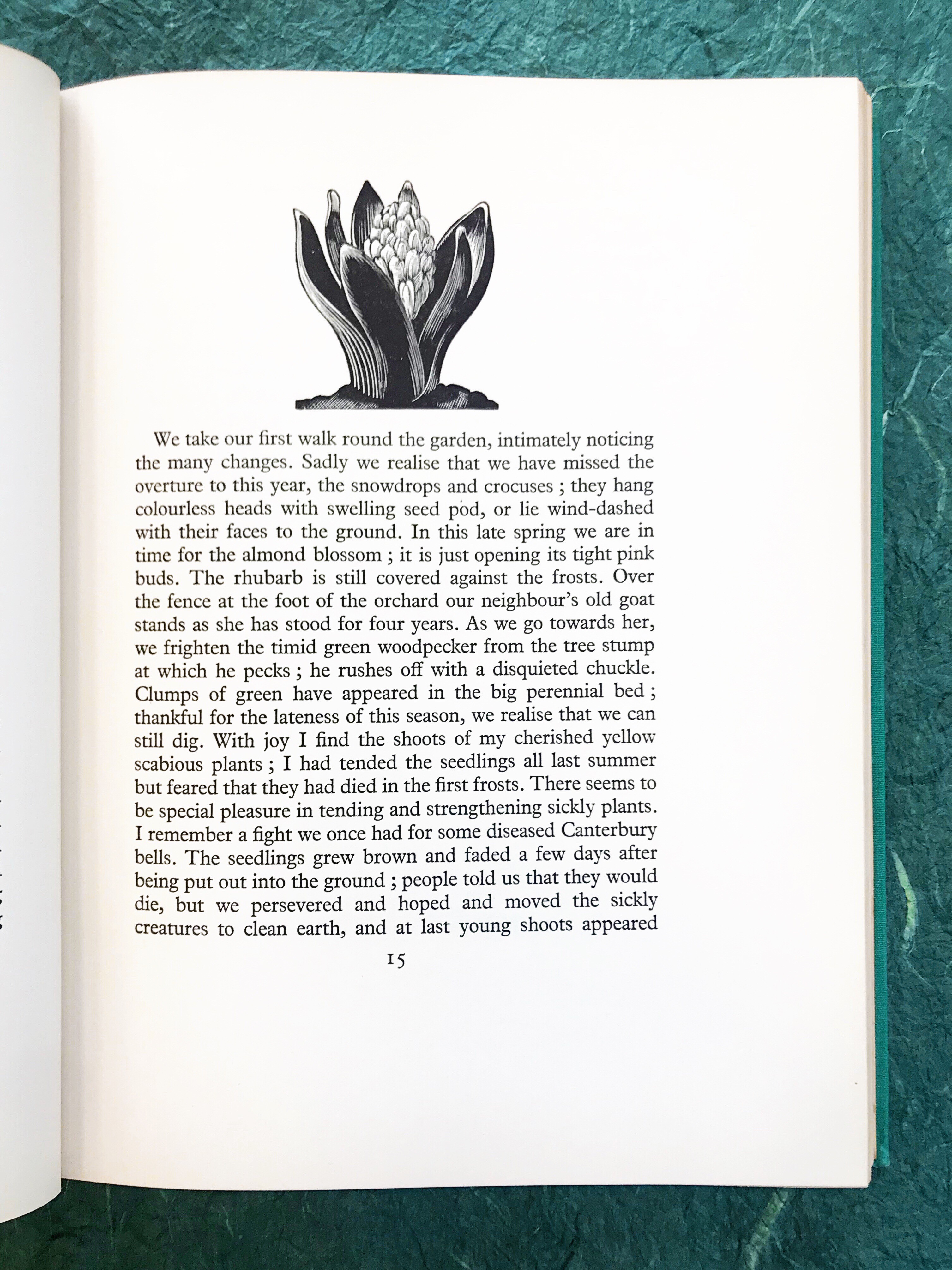 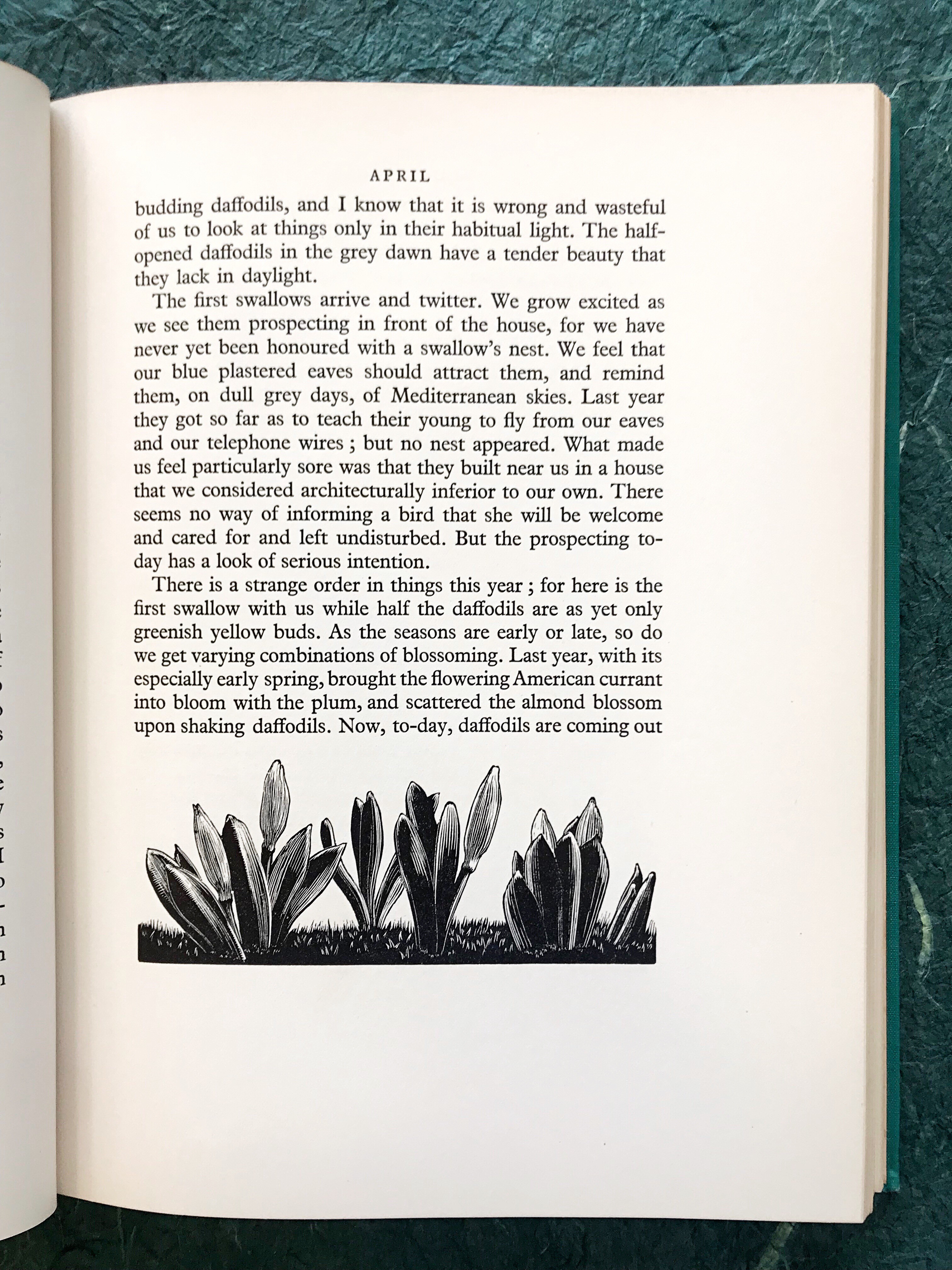 “In these days of machinery, where even on the smallest farms the driller is generally used, it is rare to see hand sowing. A few more years and it will have passed irrecoverably into history; but here and there a farmer remains who still feels some warmth come up to him from the earth as he strides his fields. To him the land is a matter of emotions as well as of economics. Here in this country of little hills, the farmer still sows by hand.

Visit the Mary R. Schiff Library and Archives today to view these examples of Clare Leighton’s work. While the volumes on display contains a year in the life of the Farmer and the Gardener, we have turned the pages to show the month of April, and the start of Spring!