Mary R. Schiff Library and Archives , behind the scenes 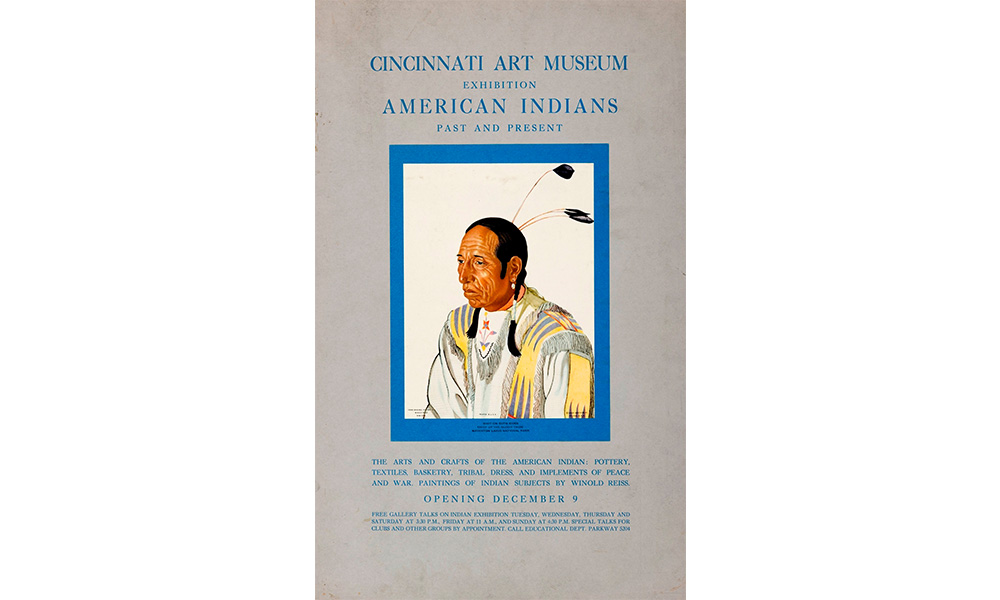 When the Cincinnati Art Museum was founded in 1881, it collected much more than just art. In fact, it aimed to gather, preserve, and exhibit “valuable and interesting objects of every kind and nature”. So, in its early years, the museum collected many things that you would not expect to see in an art museum today, such as natural history specimens, archaeological finds, and artifacts representing the indigenous cultures of many regions, including North America. In fact, the first three donations officially logged by the museum in 1881 were not paintings or sculptures, but pottery vessels excavated from a Native American site at Madisonville.

The Native American collection would grow to include tools, weapons, baskets, blankets, masks, clothing, and even a canoe. Some of these objects can be seen on display in the 1912 photograph accompanying this post. Initially, the materials were presented solely as ethnological specimens. They were seen as informative about the people who made them and their culture, but there was little consideration given to the artistic merit of the objects. This attitude gradually began to change, and in 1930 the museum held its first exhibition dedicated to Native American art. 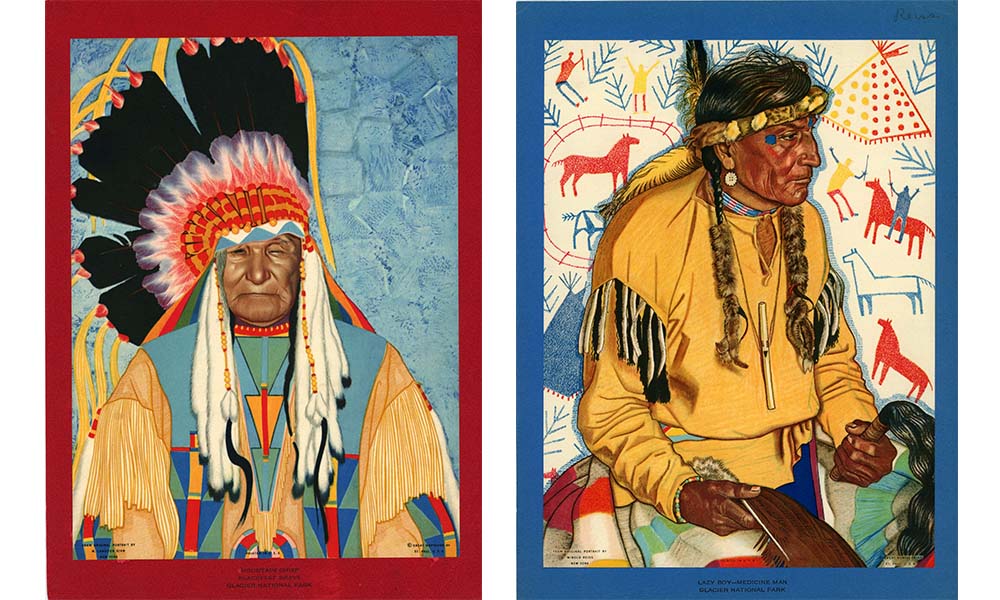 This overdue reappraisal led to a number of follow-up exhibitions in the coming years, including American Indians - Past and Present, which ran from December 1933 to March 1934. For this exhibition, the objects on display were supplemented by a series of portraits of Native Americans by Winold Reiss (1886-1953). German-born Reiss is best known in Cincinnati as the artist behind Union Terminal’s stunning murals, his designs for which had already been shown at the museum earlier in 1933. As well as a muralist, Reiss was also a talented portrait painter with a fascination for Native American culture. In 1920, he traveled to Montana to paint members of the Blackfoot tribe, and over the course of his life Reiss created more than 250 works depicting Native Americans. He became great friends with many of his subjects, and after his death his ashes were allowed to be scattered on Blackfoot tribal lands.

A number of items relating to the exhibition American Indians - Past and Present and Reiss’ portraits are currently on view in the Mary R. Schiff Library and Archives at the Cincinnati Art Museum. 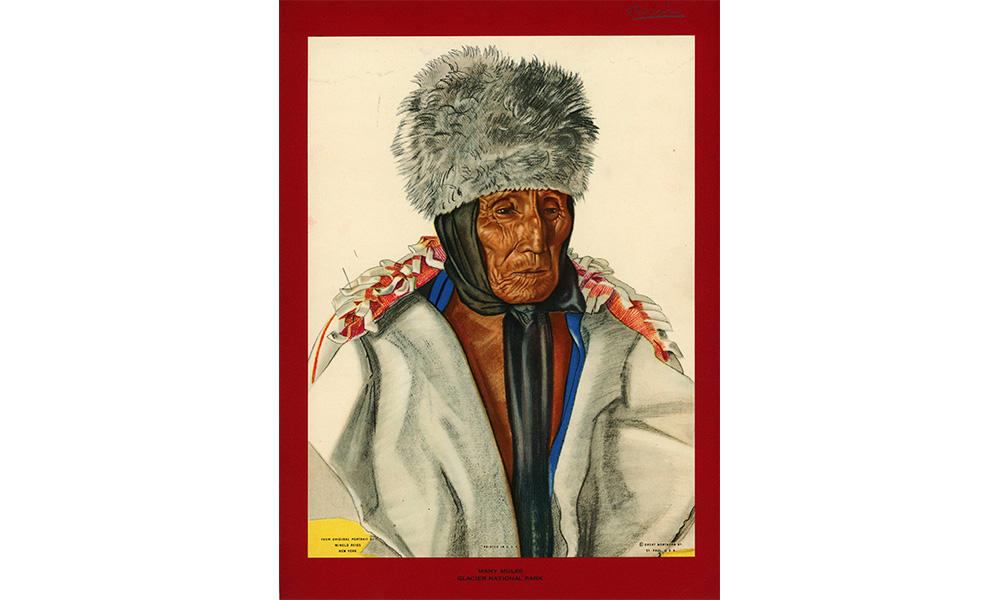 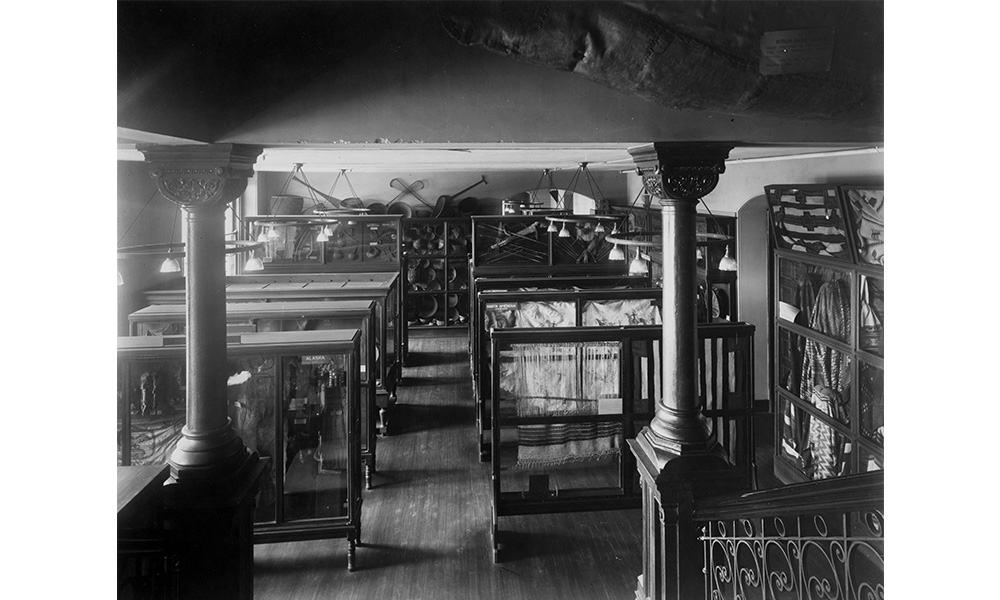 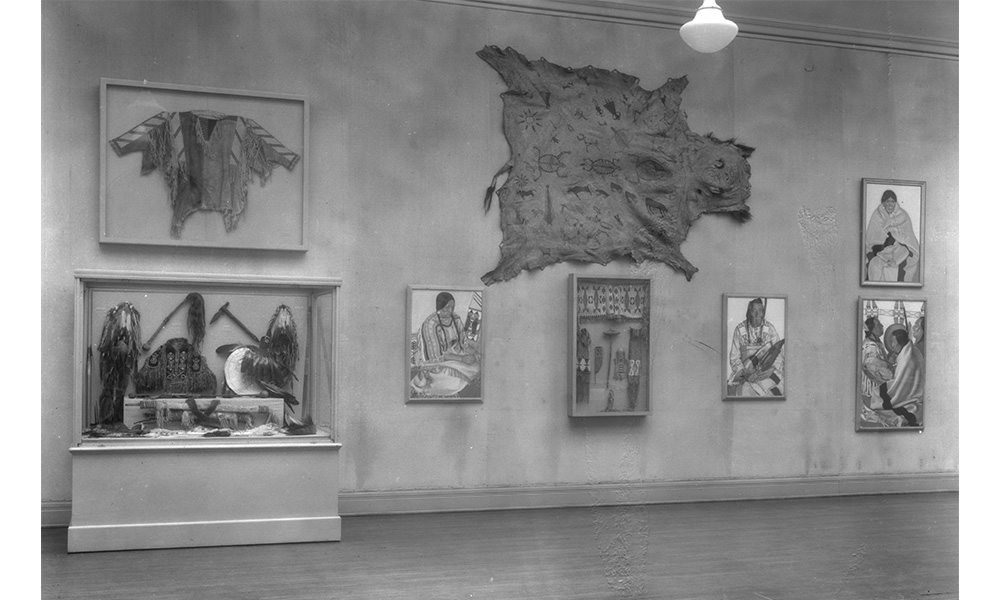