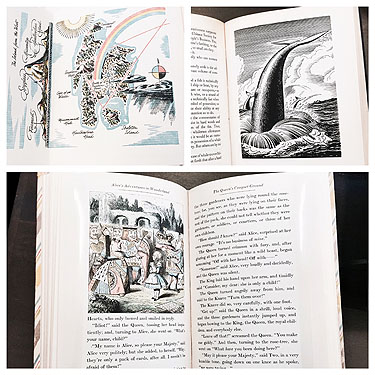 Previous Next
On view at the Mary R Schiff Library and Archives during the month of August you can catch a glimpse of some illustrated literary classics from the library’s rare book collection. During the 19th and early 20th Century illustrated books experienced a golden age when developments in printing technology made their creation more possible.  The books on display are dated from the 1930s and 1940s, and boast illustrations using various printmaking techniques including etching, lithography, and other methods.
Titles on view include classics such as Alice in Wonderland, Treasure Island and others. Visit the CAM Library today to see these and other rare books that are part of the collection.

Library Hours (open to the public):