Realm of the Immortals

Realm of the Immortals

Realm of the Immortals: Daoist Art in the Cincinnati Art Museum 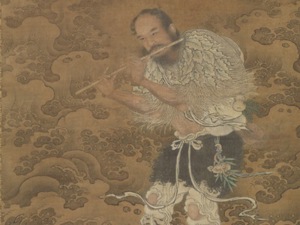 Realm of the Immortals is designed to introduce the important concepts of Chinese Daoism as both a philosophy and as a folk religion. Daoism has a deep and lasting influence on the cultures and arts of China, Japan, and Korea. The art objects selected here, except for a small number of loans, are all from the Cincinnati Art Museum’s collection and most have never been on public display before.

Originating in China, Daoism started as a system of cosmology and philosophy. The Chinese word dao means “the way.” According to Daoism, the universe is filled with a primal cosmic energy composed of the complementary forces of yin and yang. The constantly shifting and balancing of these energies explain all happenings in the universe and the inevitability of change. The yin/yang concept continues to be the guiding principle for all forms of Chinese art, including astronomy, architecture, medicine, martial art, music, calligraphy, and painting.

As the Cincinnati Art Museum’s collection represents the “folk religion” aspects of later Daoism more heavily, the Daoist immortals emerged as a major focus. Typically associated with longevity or self-cultivation, the Daoist immortals, including individuals of all ages, gender, and social classes, were idolized for their unconventional views, humor, and instinctive wisdom. The most popular and frequently depicted of these are the “Eight Immortals.”