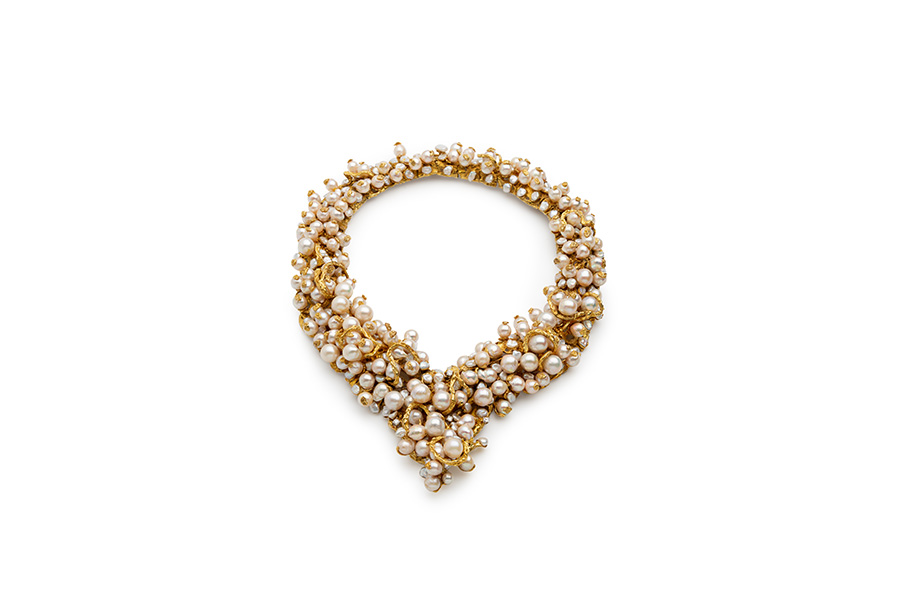 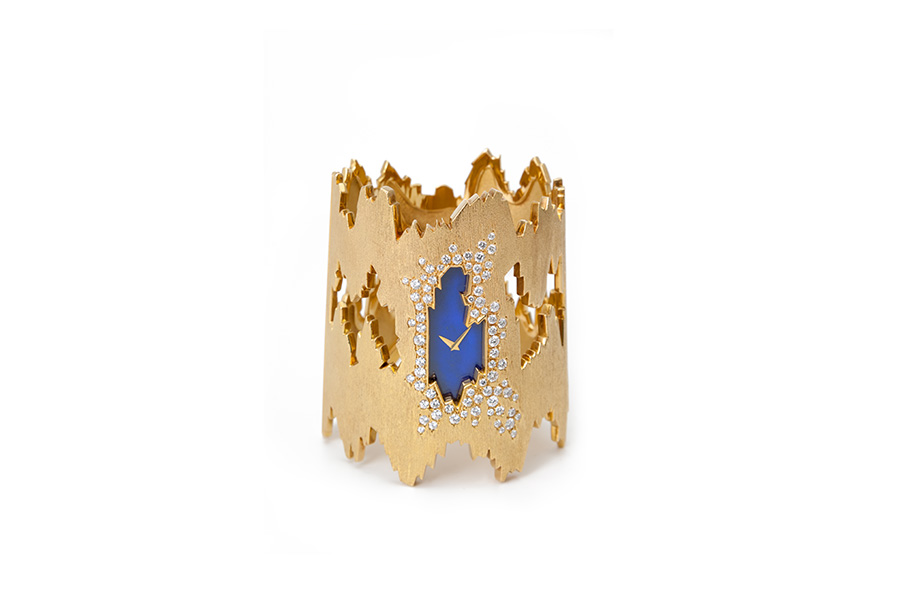 Become a Member | Friends of Fashion

Jewelry of the 1960s and 1970s was as groundbreaking as the era itself. The space race, rock ‘n’ roll, the Beatles, the Vietnam War, the Kennedy assassination, the civil rights movement, Pop Art, the women’s movement, the widespread use of drugs, the Pill, and the concept of free love were all facets of cultural change associated with these two decades. These social deviations set the stage for what jewelers had to offer, expressing individuality, nonconformity, and the aesthetic, political and intellectual values of those who wore it.

The individual makers represented in Simply Brilliant referred to themselves as artists first, jewelers second. They approached their work as a modern art form. Largely utilizing yellow gold and incorporating both precious and semi-precious gems, these artists were inspired by nature. They focused on organic forms, favored abstract shapes and concepts related to space-age trends. They used unconventional materials such as coral, shell, geodes and moldavite and were unrivaled in the texture they brought to jewelry. Theirs was a style that was appreciated by individuals who were looking for something different in an era when different was best.

This exhibition of approximately 120 pieces represents a single collector’s interest and explores the international renaissance in fine jewelry in the 1960s and 70s. Drawn from one of the most important private collections in the world, assembled by local Cincinnatian Kimberly Klosterman, this exhibition features the work of independent jewelers such as Andrew Grima, Gilbert Albert, Arthur King, Thierry Vendome and Barbara Anton along with work created for Bulgari, Cartier, Boucheron and other major houses.

The exhibition is accompanied by a full color illustrated catalogue and includes essays by some of the most important scholars in the field. Biographies of each designer/house represented are paired with full color images, extended text for a select number of highlighted pieces and an appendix of maker’s marks.