Behind the Scenes in Conservation: Summer of Cats 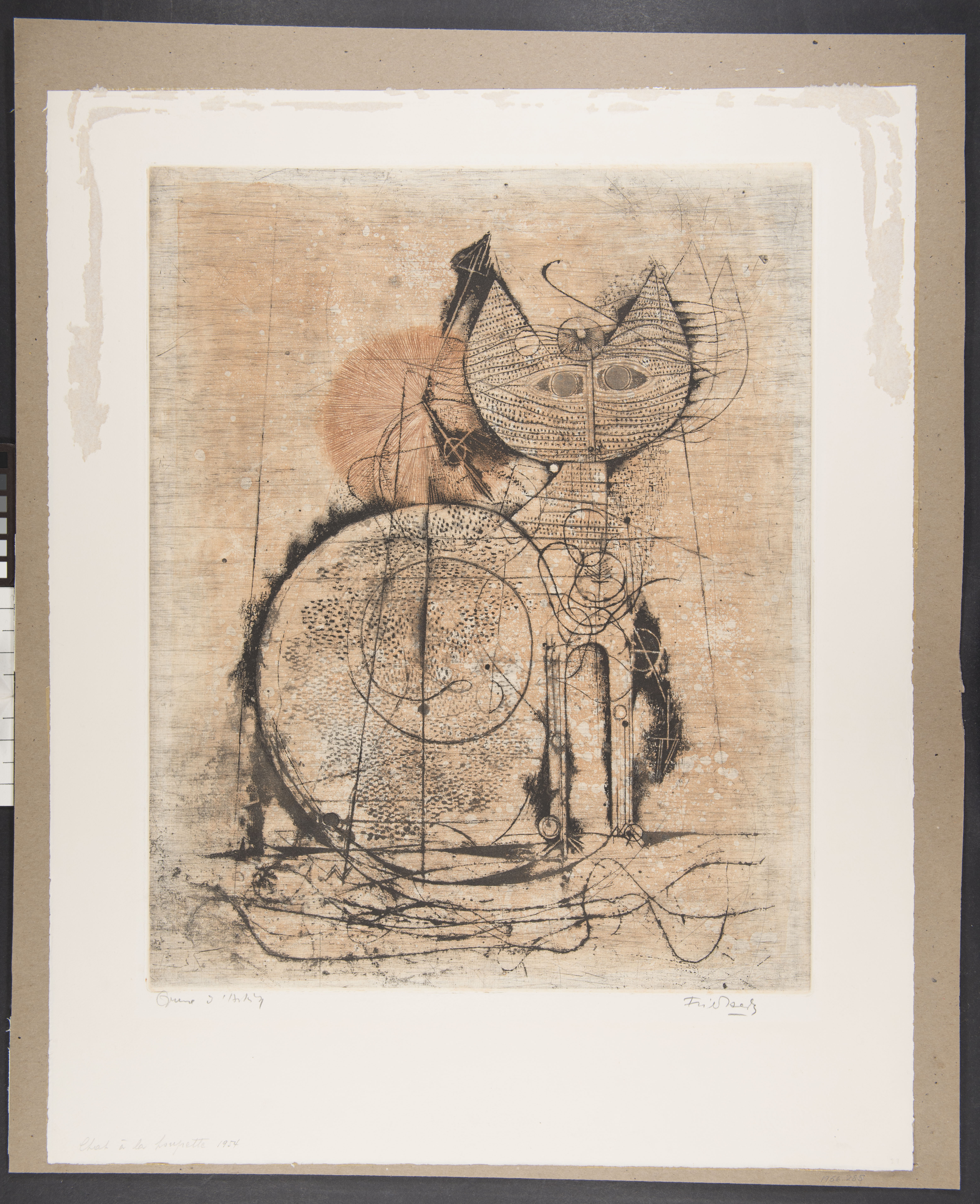 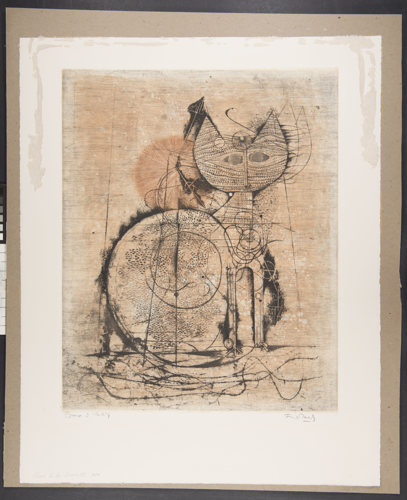 In preparation for the Cincinnati Art Museum’s summer of cats, our paper conservator is treating the 1956 color etching Cat with the Tuft by French artist Johnny Friedlaender.  The print was dry mounted to an acidic cardboard backing.  It was attached to the mount soon after it was made, so the extra support of the backing board was unnecessary.  The dry mount adhesive was degraded enough that it separated easily from the cardboard by using a thin knife to split the two layers.  It was more tightly adhered to the print, so more care was needed to remove it without pulling paper fibers from the back of the sheet.  Several solvents were tested using different methods of application, but in the end our paper conservator decided that it would be safer to use heat to soften the adhesive.  With the dry mount tissue removed, the next step will be to remove residual adhesive from across the back of the print.  Organic solvent vapors will be used to soften the adhesive before the conservator gently thins it with a scalpel.  The print was also glued to a window mat early in its life, so glue and paper remnants from that attachment will be removed, as well.  This is a case where the framer could have been much less aggressive and would have saved the print from the stress of conservation treatment.  The Cat with the Tuft will be on view with other 20th century prints in the exhibit Modern Cat beginning June 18. 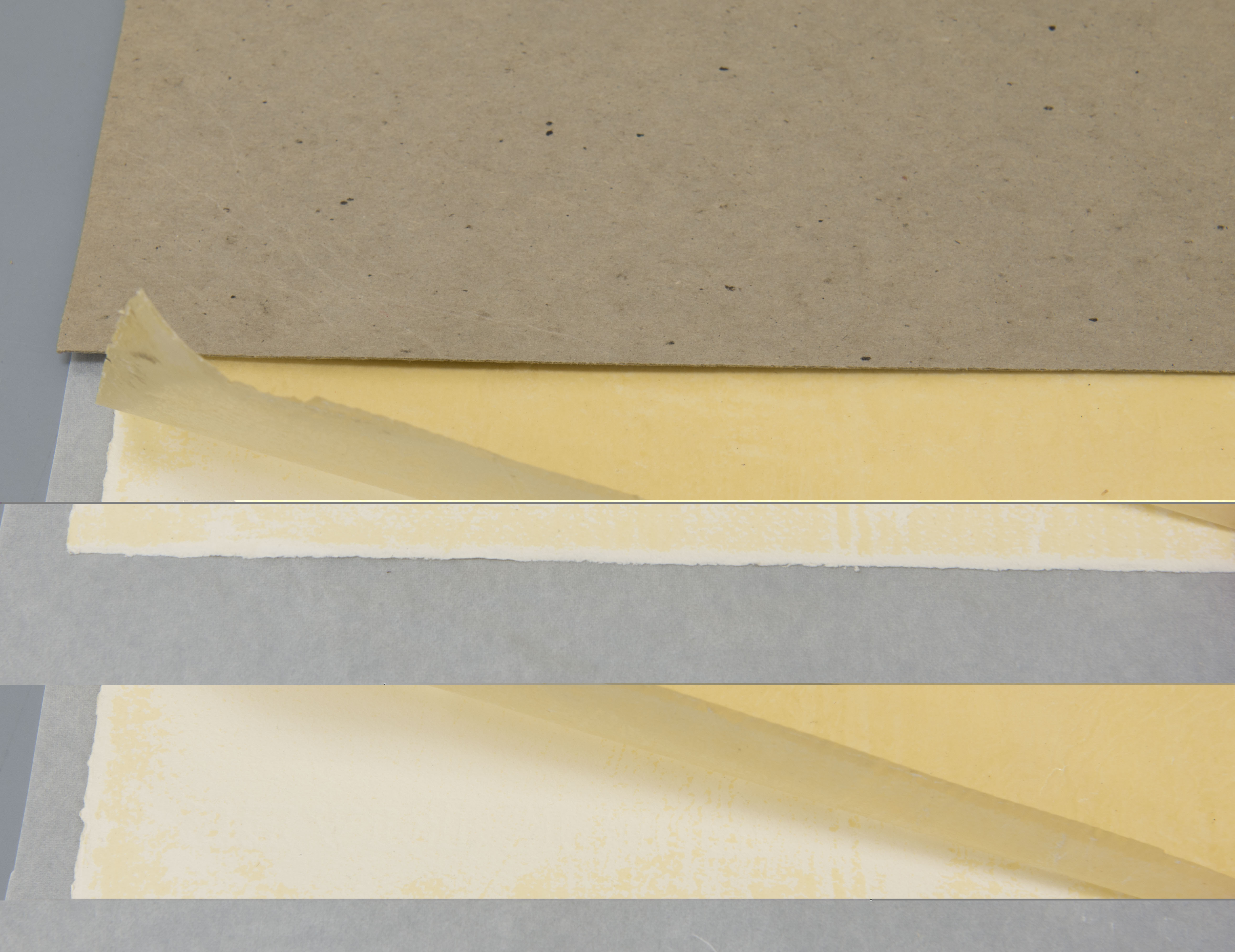 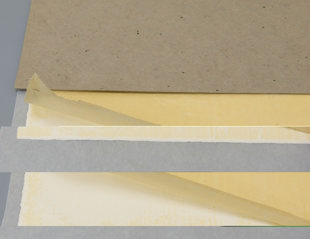