by Cynthia Amnéus, Chief Curator and Curator of Fashion Arts and Textiles 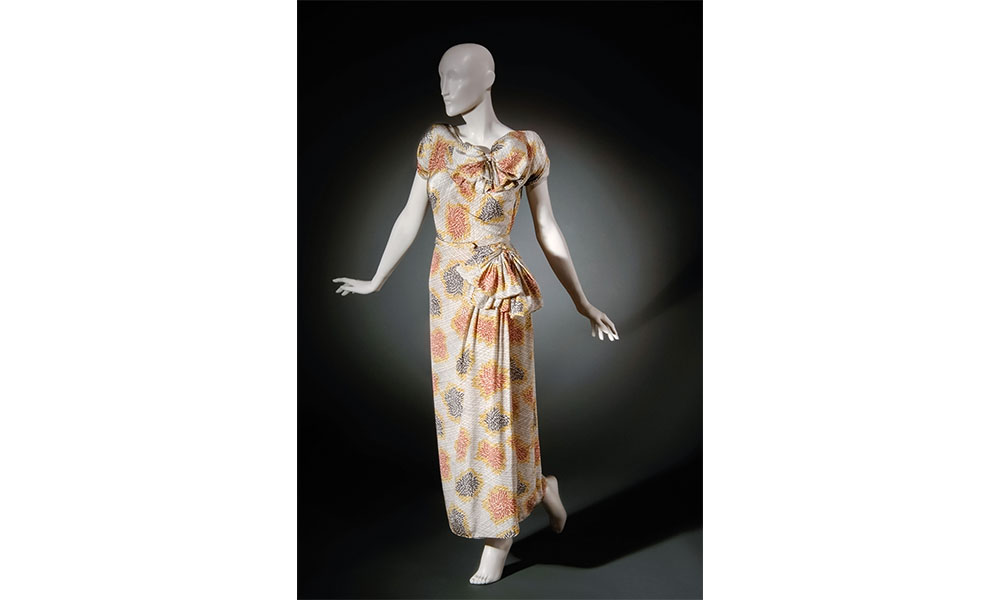 Born in Clayton, Alabama in 1898, Ann Lowe was an African American fashion designer, but few know her name. In fact, in 1964, the Saturday Evening Post ran an article titled “Ann Lowe: Society’s Best Kept Secret,” and she was just that. Kept a secret because she was African American, her name was passed surreptitiously among the crème-de-la-crème of society, but never acknowledged outwardly. Still today, few know that she designed Jacqueline Bouvier’s wedding dress for her marriage to John F. Kennedy in 1953. When Lowe arrived in Newport, Rhode Island to deliver the gown, the staff refused to allow her to enter by the front door, telling her to go to the back. Insistent, Lowe stated she would take the dress home with her, if she was not allowed in the main entrance.

Having learned to sew from her grandmother and mother, Lowe attended a design school in New York where she was segregated from the other students. She won the respect of her instructors, however, because of her exceptional workmanship. Lowe opened her first salon in Tampa, Florida but by the late 1920s she had moved to New York where she worked on commission. In 1950, she opened Ann Lowe Gowns, making couture dresses.

The museum now holds four dresses by Lowe. Three were given by an anonymous donor including this piece, currently on view in Women Breaking Boundaries 2.0 until January 10, 2021. A Lowe trademark—the flower—is shown here in her choice of fabric, printed with a Japonesque version of the chrysanthemum. Each of the other pieces in the museum’s collection also incorporates the flower into the design.

Learn more about this piece