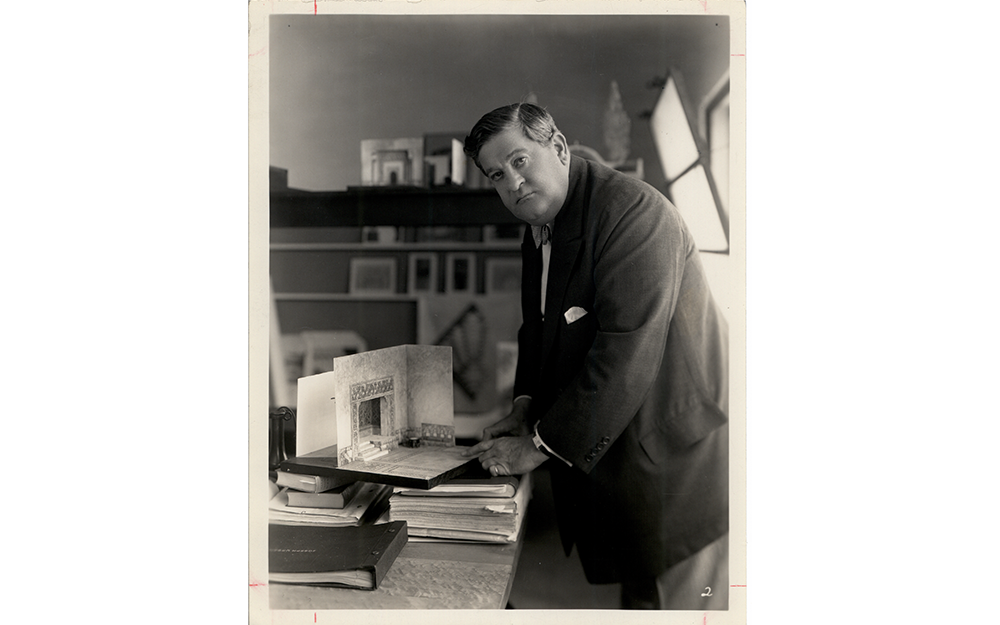 In 1912, fifteen miles north of Boston, enshrouded by apple trees and workers’ housing, lay the studio of the Boston Opera Company— “a vast, low, whitewashed shed” whose modest appearance belied the colorful activity of its interior. Before a new stage production, the opera’s Austrian-born art director Joseph Urban would descend upon the studio to deliver intricate sketches of stage sets and confer with the artists and craftspeople who were to bring his designs to life. From Urban’s colored sketches grew delicate cardboard models of each act, at 1/25 of the actual size, painstakingly painted and illuminated with colored lighting by two Viennese artists. After perfecting the models, scene painters raced across fields of canvas spread on the ground to create the stage’s backdrops, wielding enormous paintbrushes and oversized palettes mounted on four wheels. Carpenters and other craftspeople constructed props from wood and papier-mâché, and a sewing department led by two Austrian women hand-stitched swathes of gauzy netting, drapery, and clusters of artificial flowers. A newspaper article in The Boston Evening Transcript, marveling at the artistic effects produced by the studio, pronounced it the “factory of illusions.” 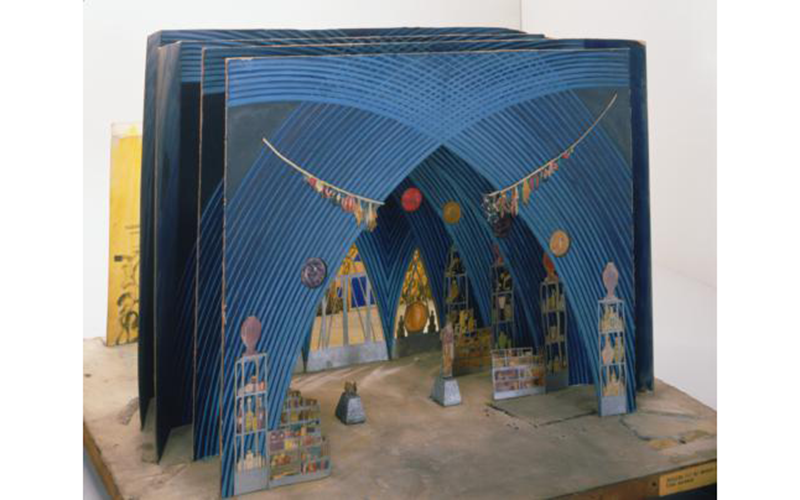 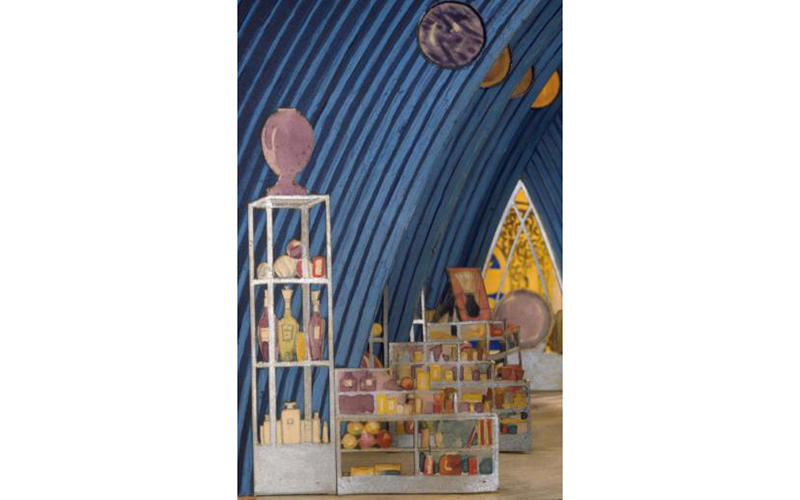 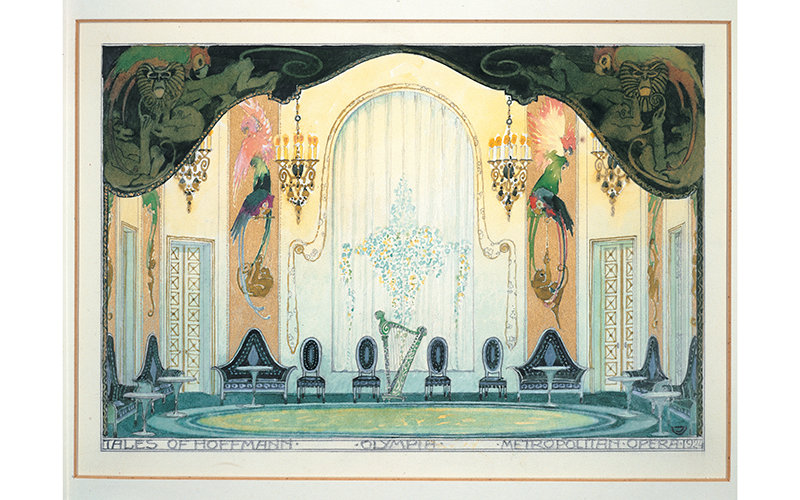 Joseph Urban gained fame through the 1920s for his inventive, modernist designs across a wide spectrum of media, including theater and film sets, architecture and interiors, and industrial products. Like his contemporaries in Europe and America, he relied on the expertise and labor of craftspeople and other collaborators to realize his ideas. Chief among them were the artists in the Boston Opera Company workshop, who had worked with Urban back in Vienna and eventually relocated to the designer’s private studio in Yonkers, New York. Along with his atelier, Urban worked with furniture manufacturers and likely many other specialists to fabricate the decorations that adorned the clubs, restaurants, and homes of his clients in the 1920s. 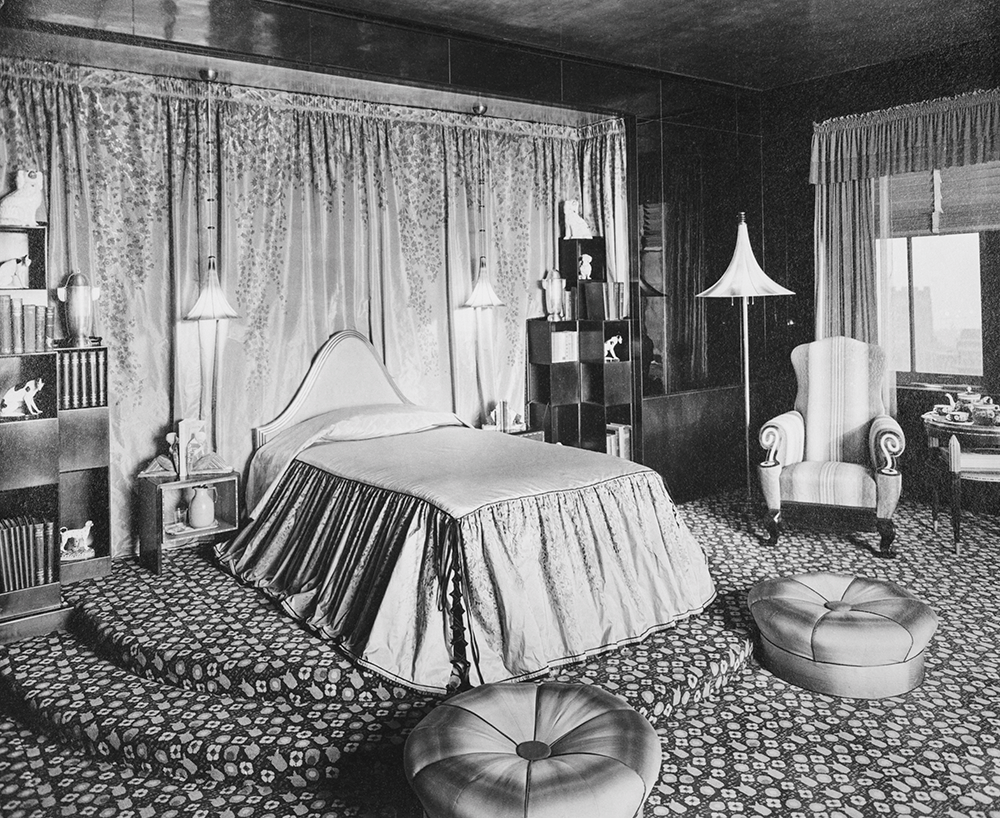 This summer, the Cincinnati Art Museum will display an exhibition based on Urban’s late 1920s commission for the Wormser family of Chicago. Over several years of researching this work of art, a bedroom for a young woman, the curatorial team gleaned information about the workers and manufacturers who potentially fabricated many of the room’s design elements. While helping develop the exhibition’s digital interactive as an intern, I became interested in researching the subject of the workers further as an opportunity to pay tribute to the hidden labor behind many of the objects, as well as to reflect on the relationship between Urban and the people who produced his designs. 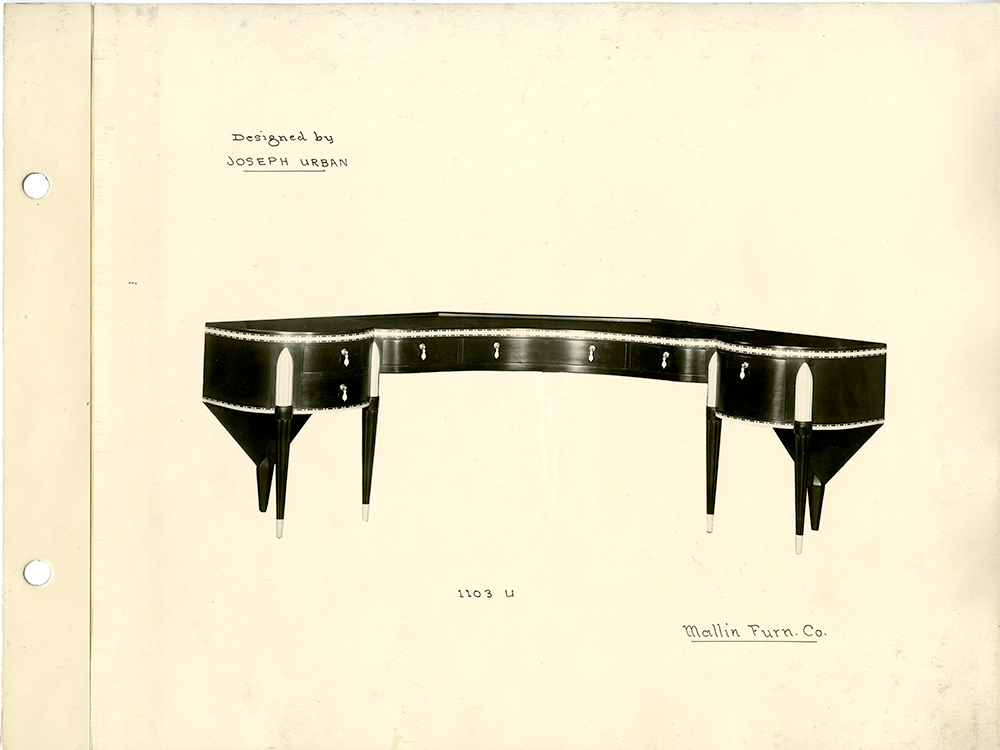 We know that Urban routinely consulted with his studio on details such as cost and material, and he solicited the advice of at least one of the furniture manufacturers he worked with on producing modernist furnishings more palatable to American consumers. For the Wormser commission, he likely worked with a manufacturer called Mallin Furniture Company, whose name appears in portfolio pages, located in Urban’s archives, that depict furniture from the bedroom. As I wrote content for the exhibition’s digital interactive, I was able to delve into the stories of the company’s immigrant founder, the speculative lives of the 14 furniture workers he employed, and more broadly, the industrial workers who toiled in hazardous conditions to produce many of the modern materials Urban used in the bedroom. Although the historical archive has not been kind to these workers and collaborators, whose identities and contributions are largely unrecorded, their practical knowledge and skills were instrumental to Urban’s designs, enabling him to create an extraordinarily vast, diverse set of works that incorporated innovative materials and techniques. 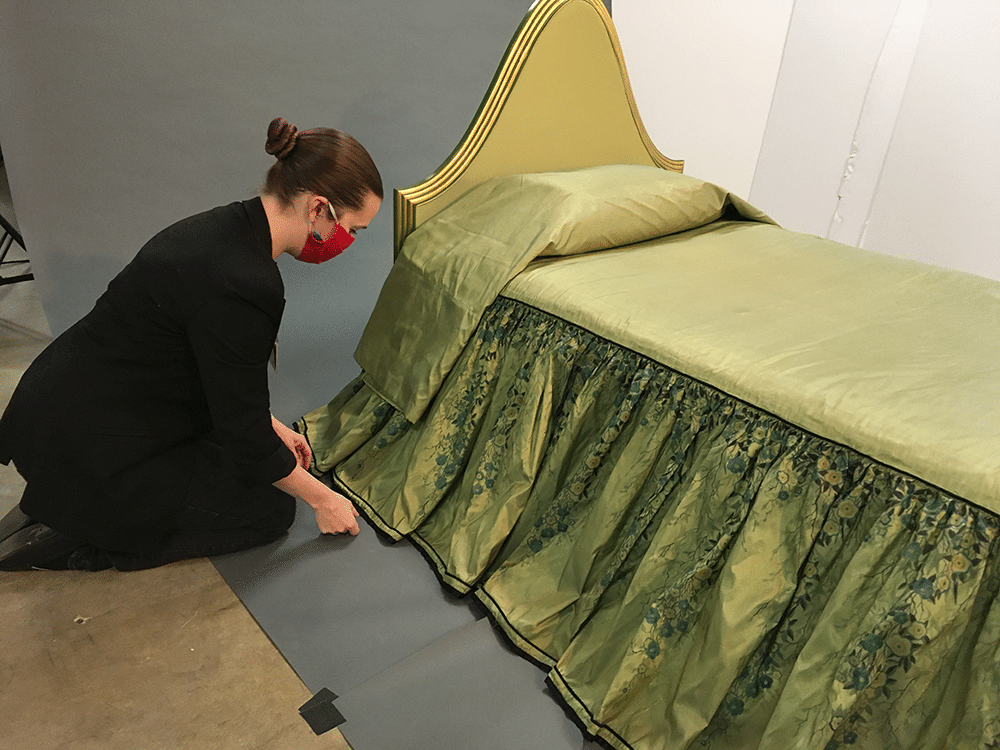 Textile Conservator Chandra Obie Linn fixing the skirt of the bedcover from the Wormser bedroom during a photo shoot.

Paralleling the work that went into the original bedroom, the skill and expertise of contemporary craftspeople and the museum’s preparators and conservators will also be on display in the exhibition this summer. Textile designers and weavers, furniture makers, and lamp fabricators created reproductions of essential elements of the bedroom that were damaged or missing from the museum’s collection. Conservators repaired and stabilized objects, while preparators advised on reproduction techniques and will eventually install the bedroom this summer. Perhaps the most valuable insight I gained over the course of my internship was the sheer scale of cooperation and specialized labor necessary to mount an exhibition—how the museum’s own “factory of illusions” is operated and animated by many hidden hands.

Information about the individuals behind the original bedroom, as well as careful documentation of the work involved in the complex, years-long process of its reconstruction, will be published on the Joseph Urban digital interactive. I am excited for visitors to discover, as I have, the fascinating story of this interior and its afterlife when the exhibition opens this summer.