The Illustrations of George Barbier

Following World War I the style known as Art Deco rose in popularity. Originating in France, Art Deco was a response to the style known as Art Nouveau, which was characterized by its organic and curvilinear lines. In contrast, the Art Deco movement was known for its emphasis on machine-age streamlining and sleek geometry. In an increasingly modern world, these elements reflected the ingenuity found within new discoveries in all fields. Additionally, an increasingly liberalized approach to education and a more egalitarian outlook, translated into new ways of depicting the human form and fashion.

The artist and designer, George Barbier became known for his exquisitely created fashion plates, which often depicted multiple figures. His work beautifully blended the modernity of the Art Deco movement, while also relishing in the natural sensuousness associated with Art Nouveau.   His figures were often dressed in the most current and stylish fashions of the day, but he also portrayed images that recalled earlier eras, and even sometimes one could see a fondness for the mythology of the ancients in his work.  Each individual drawing is a unique jewel-toned universe unto itself, layered with color, pattern, and movement. 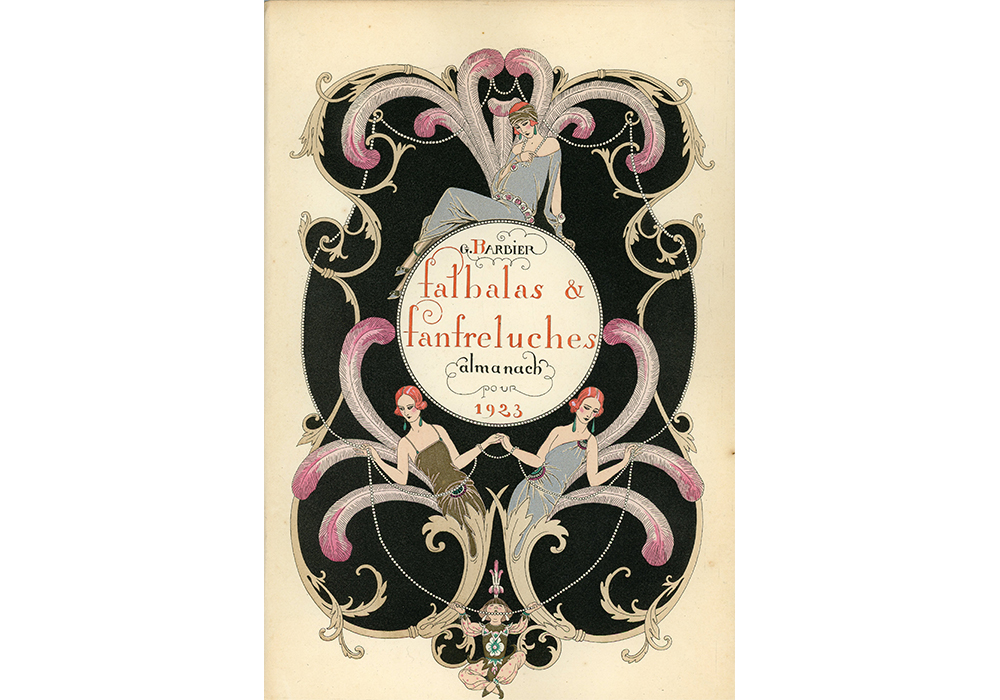 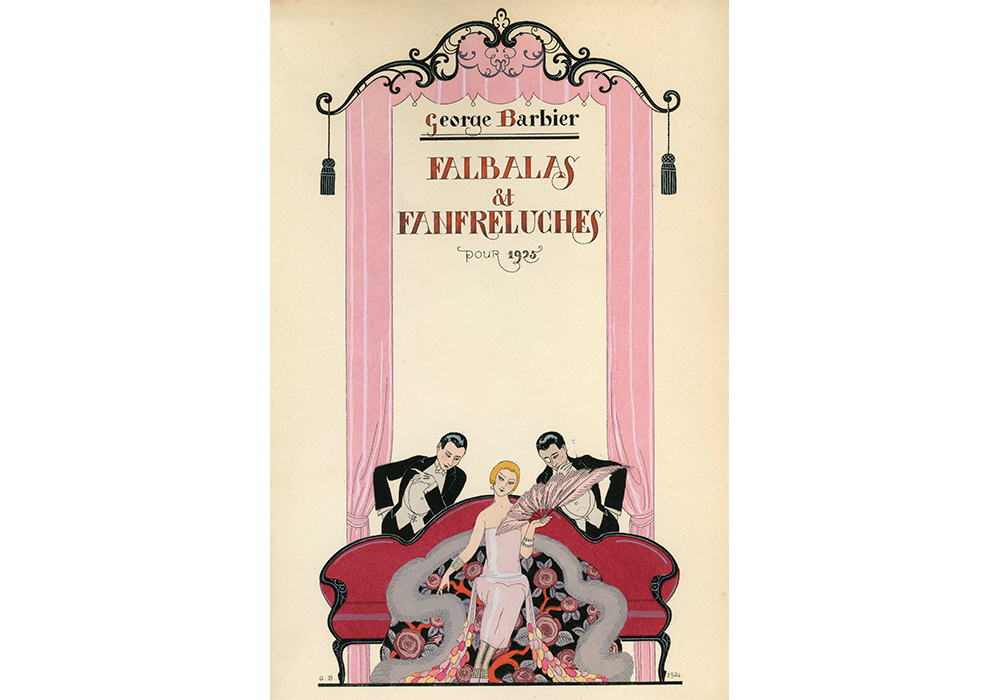 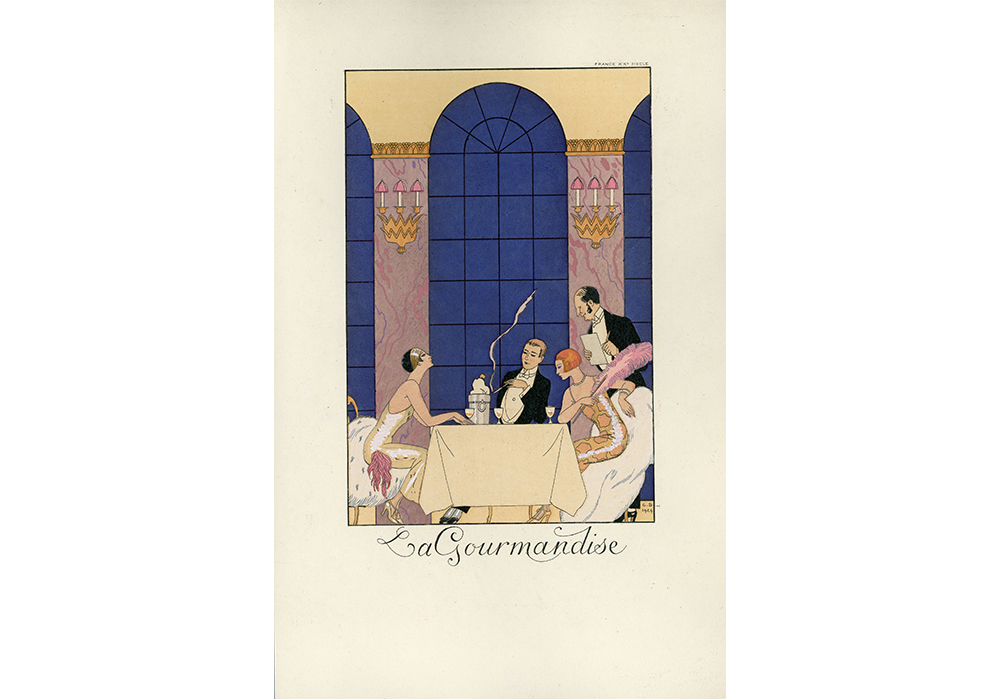 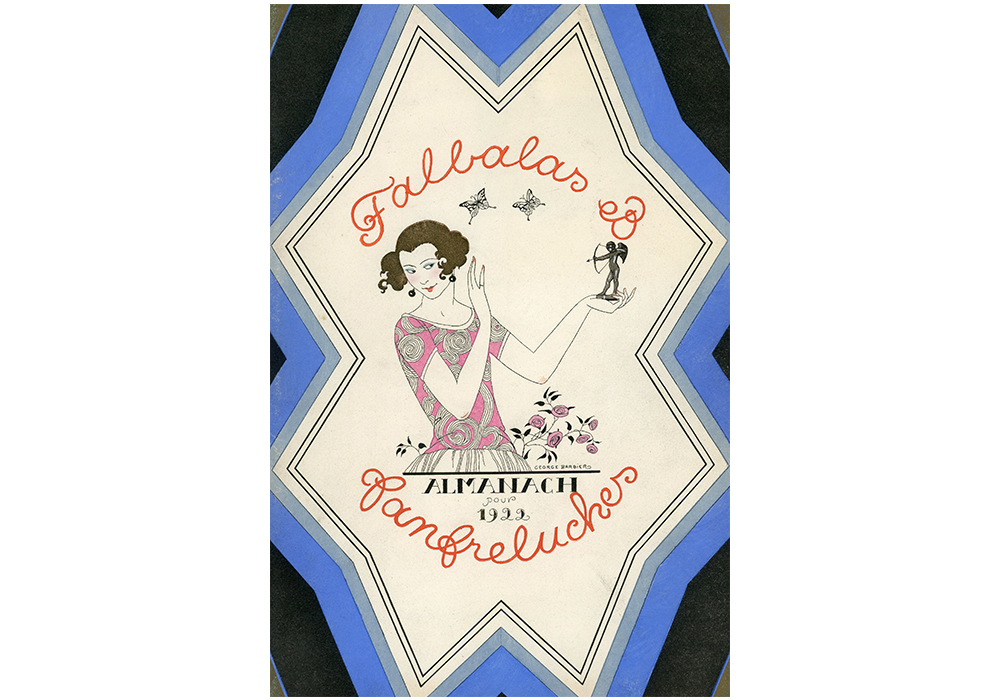 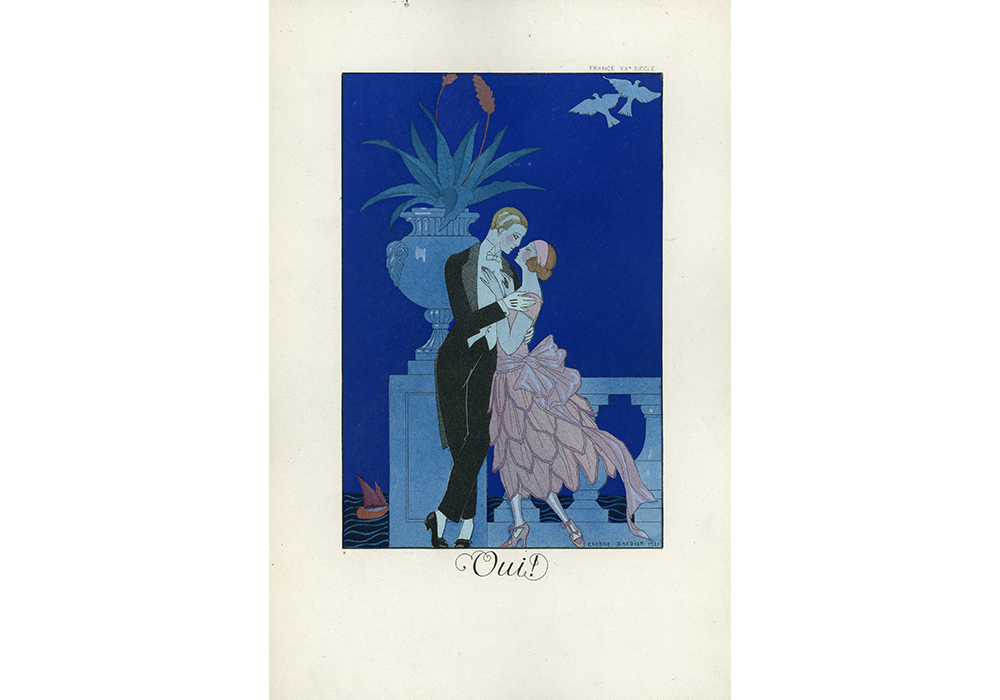 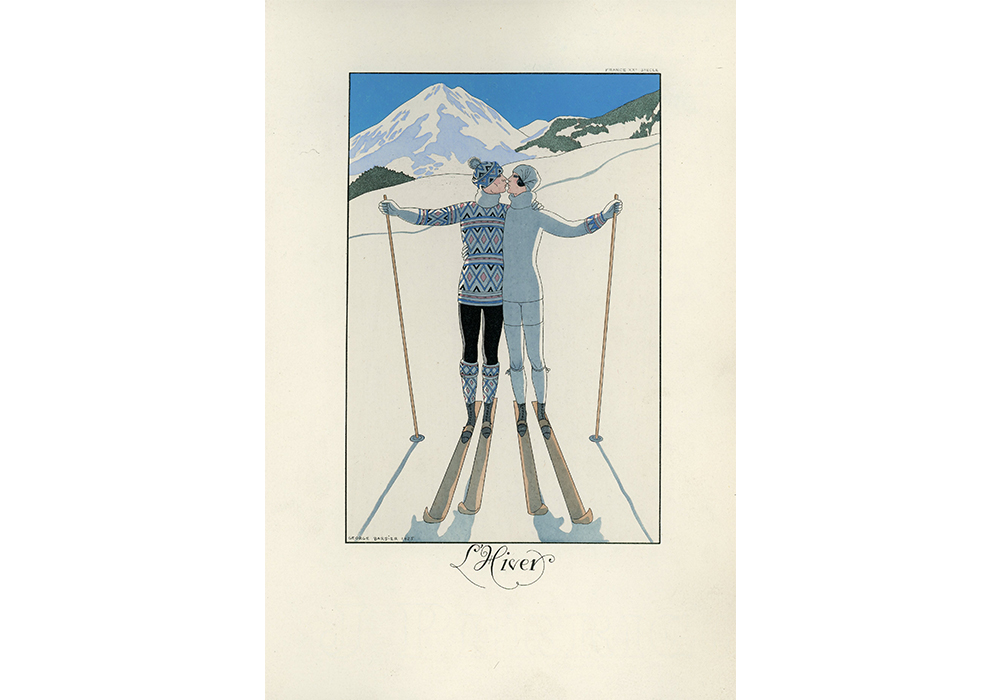 George Barbier born in 1882, attended the studio of Jean-Paul Laurens at the Ecole des Beaux-Arts in Paris. Barbier explored the vast antiquity collections of the Louvre, taking in the stylistic elements associated with Greek pottery, Egyptian treasures, Japanese prints, and Persian miniature paintings, all of which you can see in his work. Barbier was also influenced by the famous Ballet Russe, and so admired the dancers he produced albums celebrating them, and even designed costumes for the prima ballerina Anna Pavlova.

Barbier’s illustrations appeared in several publications including La Gazette du Bon Ton, a luxe monthly magazine, Vogue, and many other books, ads, and catalogs, as well as on wallpaper and textiles. Along with his work with the Ballet Russe, Barbier collaborated with many other of his fashionable contemporaries, including the “King of Fashion,” Paul Poiret, the jewelry designer Cartier, and Richard Hudnut, purveyor of luxury cosmetics and perfumes.

Visit the Mary R. Schiff Library and Archives today to view examples of George Barbier’s work, including a series of portfolios published from 1922-1926 entitled, Falbalas et Fanfreluches, and The Romance of Perfume published in 1928. These works will be on view through the month of June.