I have played music for my students during class to set the mood for a project, but this time was different. I focused on the importance of the musical piece and the shared connections music has with art.

I chose Stravinsky’s The Rite of Spring because it was composed at the same time in Paris, France as was Gris’ Still Life with Violin. The disharmony, irregular patterns and tension could be used to describe both works of art. My second graders liked to pretend they lived 105 years ago and enjoyed talking about how they may have responded to the music and the artwork. They came up with words like: Disappointed, uncomfortable, shocked, surprised, wowed. During the second lesson students created quick sketches of instruments that would be reinforced with marker lines and paint. They emphasised the mood of their painting by making choices, changes and rearranging where the viewer’s eyes would travel in their painting. They then cut and added the instrument to their artwork using echoed shapes to drive home the rhythm and patterns that they heard.

My kindergarten students created a painting to display how they felt while listening to Vilvaldi’s The Four Seasons: Winter. First graders created bees on a straw that they could fly to the music, The Flight of the Bumblebee by Rimsky-Korsakov. It was like watching future conductors perform at Carnegie Hall!

At first, I found it difficult to narrow my goals down to just a few, but then I realized this was too much fun to only do once. So I plan on expanding this lesson to my other age groups and work with the music teacher to create a Jimmy Hendrick’s Star Spangled Banner and Jasper Johns Flag lesson.

Learn more about this month’s Evenings for Educators 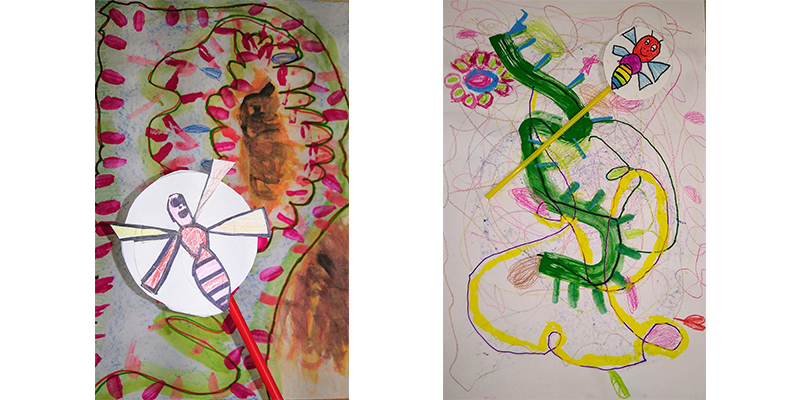 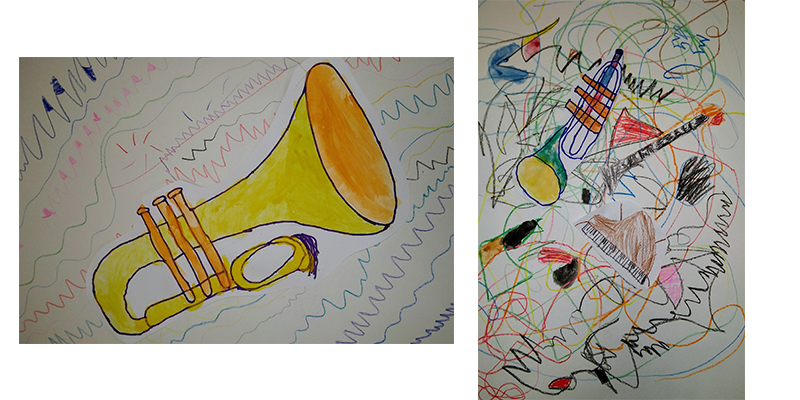 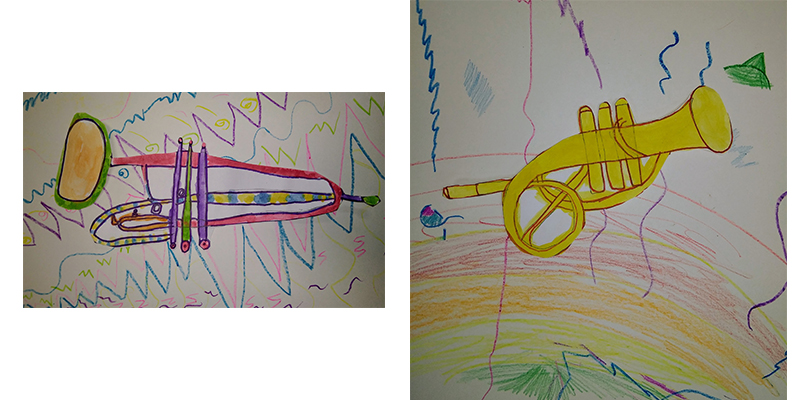