Behind the Scenes in Conservation: Frank Duveneck Print

If you have been following the Behind the Scenes in Conservation posts, you know that a lot of works by Frank Duveneck have passed through the Conservation Department over the past years.  (The first Duveneck post was in 2015.)  Treatment of the monotype Mussel Gatherers in Chioggia from 1894 was recently completed by the paper conservator.  Of the almost 100 prints by Frank Duveneck, only 5 in the museum’s collection are monotypes.

Dating from the same one- to two-year period, each was printed in brown ink.  As the name indicates, monotypes are unique prints; unlike the many etchings by Duveneck of which there is more than one impression, the monotype images we have are the only ones in the world.  These prints are more painterly and were created by brushing the ink onto a smooth surface such as glass or a copper plate.  This print has a plate mark with rounded corners, so it could have been made by running an inked copper plate through an intaglio press to transfer the design to the paper. 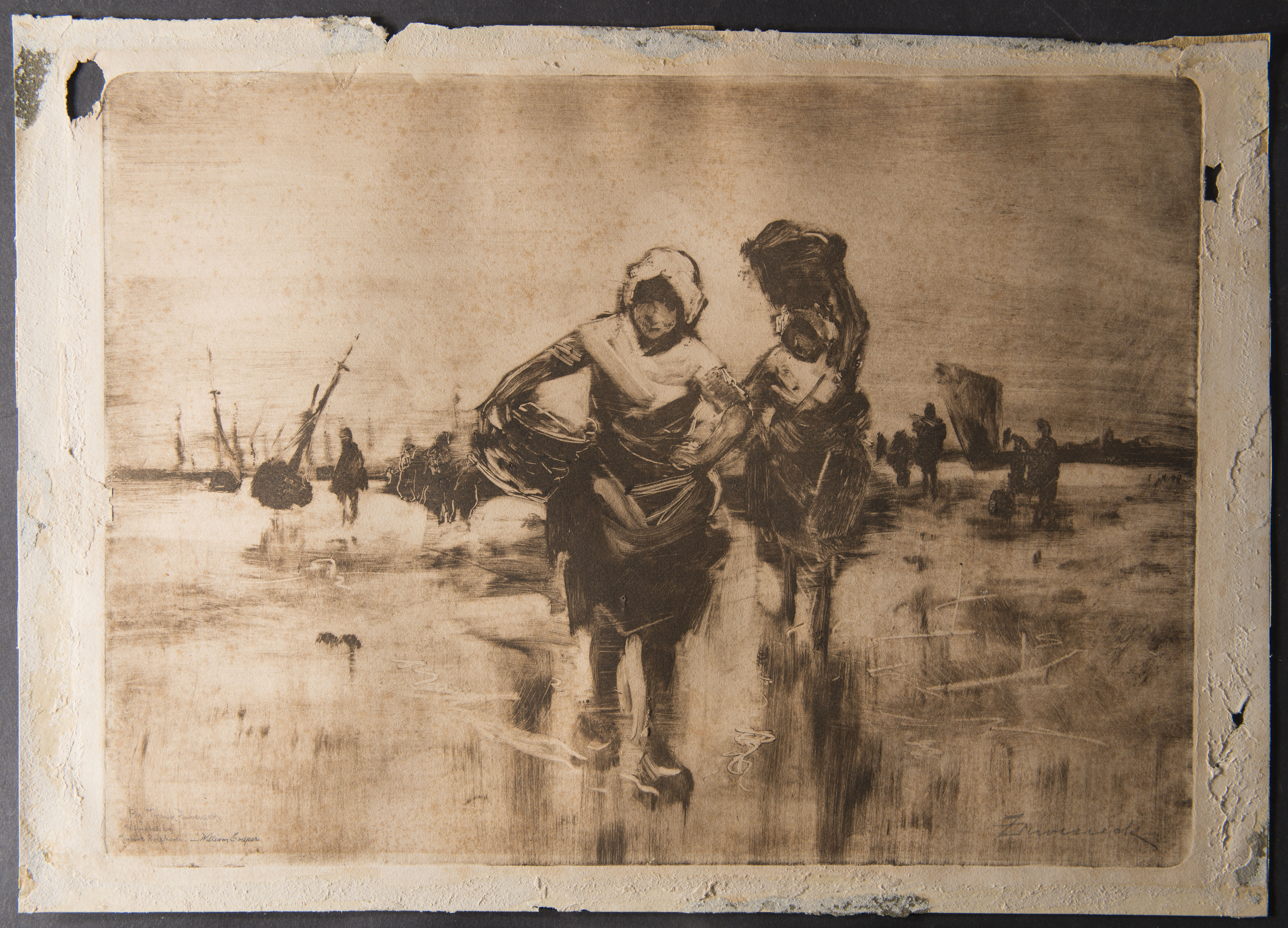 Frank Duveneck, Mussel Gatherers in Chioggia, monotype in brown ink on paper, 1884, Gift of Diane and Vicki Zodikoff in memory of Rudolph and Dolores Zodikoff 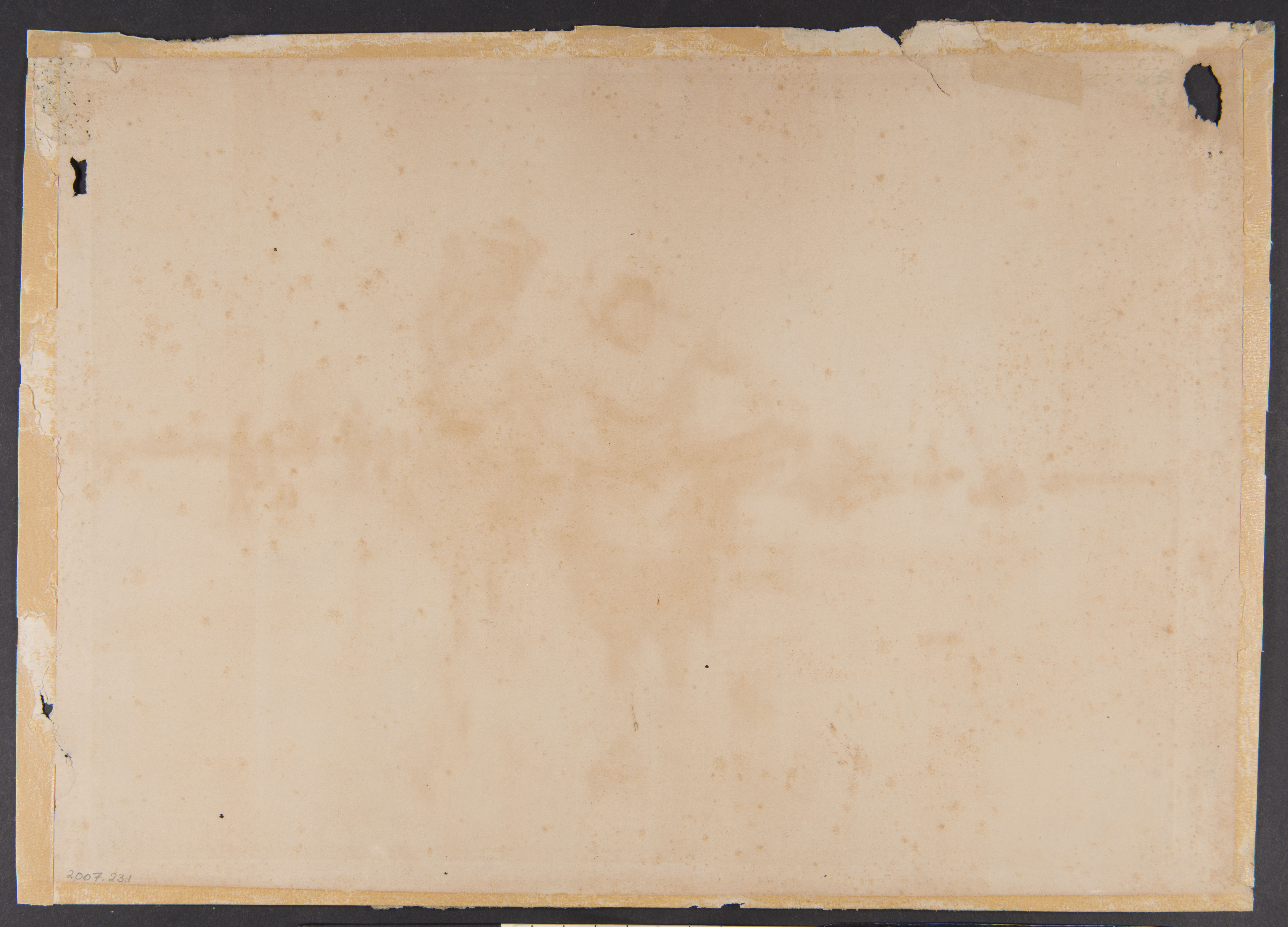 Frank Duveneck, Mussel Gatherers in Chioggia, monotype in brown ink on paper, 1884, Gift of Diane and Vicki Zodikoff in memory of Rudolph and Dolores Zodikoff

The print was given to the museum in 2007.  It had obviously been a prized possession of its previous owners.  It had evidence of having been matted, re-matted and reframed several times.  Glue and paper on the front margins remain from when the print was glued to a window mat.  On the back edges was more glue from a different mounting to a back mat.  Newer masking tape around the edges was from another mounting to a window mat.  Removal of the print from the various mats left the margins with holes, tears and areas where the surface of the paper had been pulled away.

The brown foxing stains across the image formed because of the print’s exposure to periods of high humidity.   Matting with acidic materials contributed to the overall browning of the paper.  The ink, possibly a combination of the brown pigment and the oily binder, reacted with the paper to create an image on the reverse.  Check back for a description of the steps taken to help the print and prepare it for exhibit this fall in Frank Duveneck: American Master.