Behind the Scenes in Conservation: Nabataean Shrine

behind the scenes , conservation , Nabataean Shrine 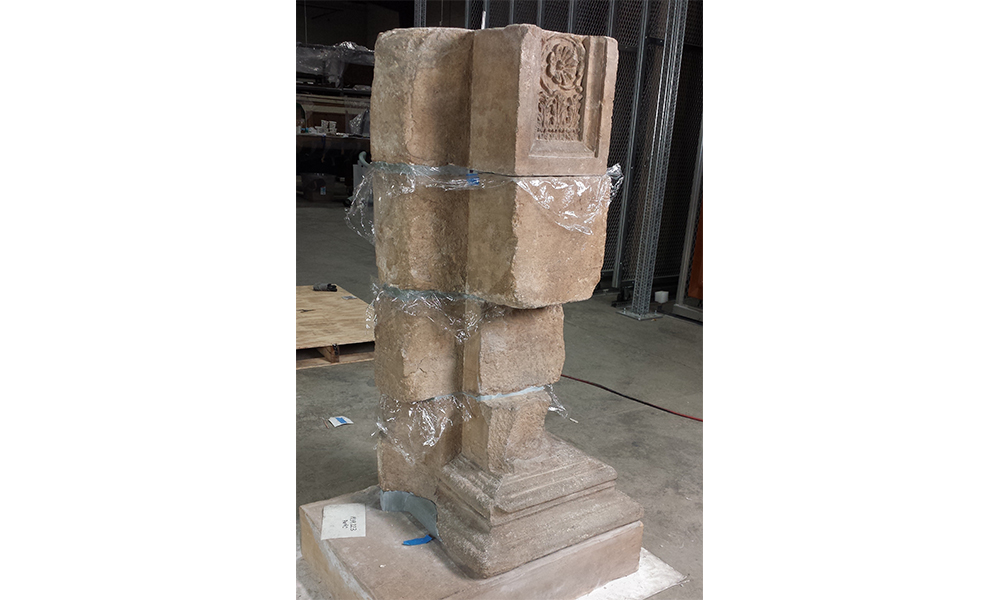 Our objects conservator has been working with Andy Wolf, an intern from NYU’s graduate training program, on a major project this summer, conservation of a large limestone shrine from the Nabataean temple at Khirbet Et-Tannur in Jordan, dating from the 1st or 2nd century BCE. It originates from the same site as the limestone eagle and serpent sculpture in previous blog post. The shrine has been disassembled and in storage for a number of years. It is being conserved now so it can be loaned to an exhibition at another museum next year.  Once it returns it will be ready to be installed in our Near Eastern gallery.

The shrine is composed of 28 separate limestone blocks, stacked in two columns with an arch and cornice at the top. In previous installations, these blocks had been mortared together. Mortar is strong but irreversible, which is counter to the tenets of conservation.  So preparing the shrine for reinstallation means carefully chiseling off the old, crumbling mortar without damaging the surface of the stone beneath it. Once the mortar is removed, weak and powdery areas of the limestone can be “consolidated,” or treated with a conservation-grade adhesive to prevent further loss of limestone. As the blocks are stabilized, the conservation team is collaborating with the museum’s mount makers to create detachable “feet” that hold the stones in place without the use of mortar, using only gravity to secure the structure. The smooth gray material seen in between the column blocks is separated from the stones using plastic wrap while it sets. Afterwards, each “foot” will be painted and textured to blend with the original stone surface.