Behind the Scenes in Conservation: Icing! 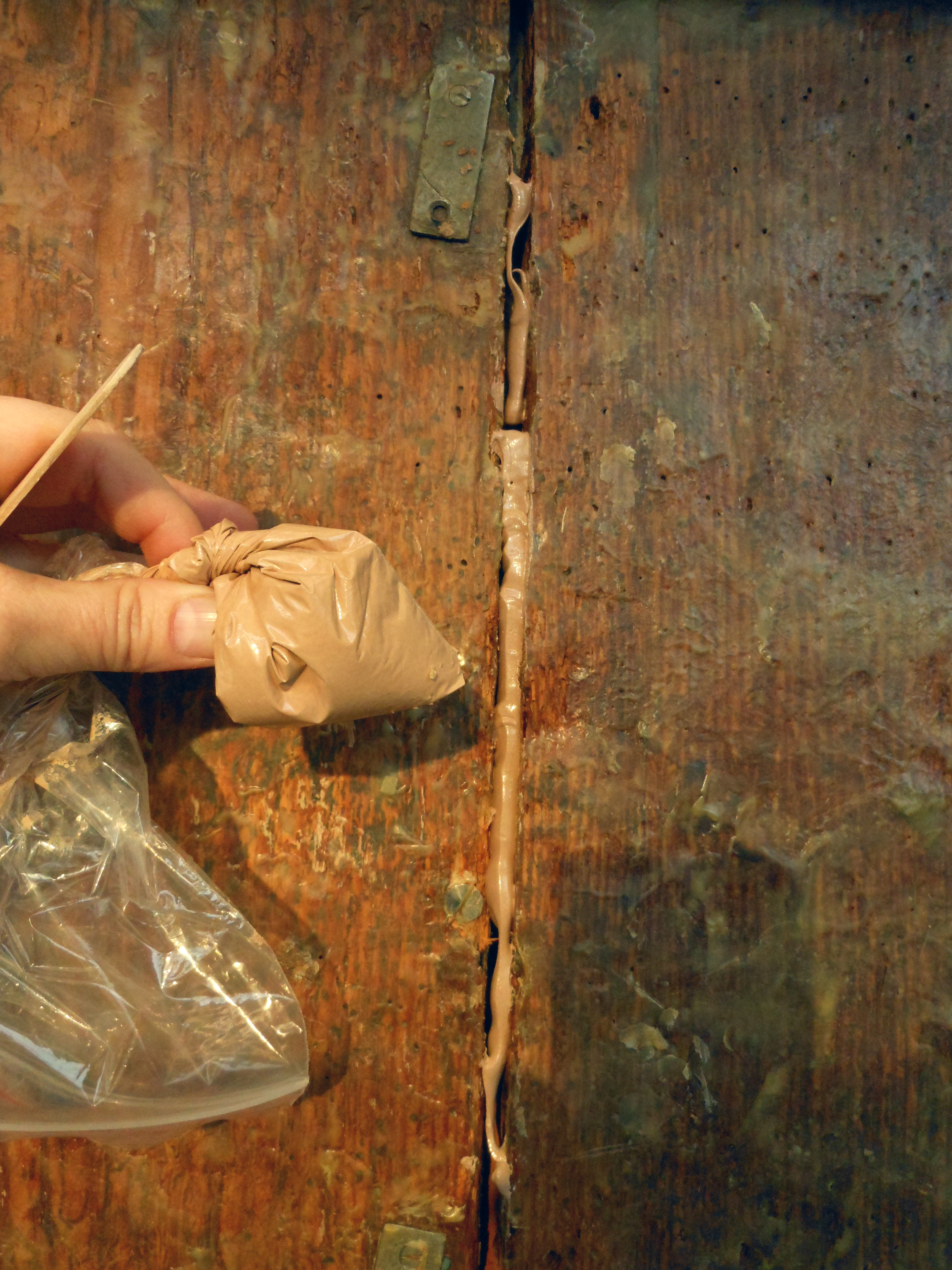 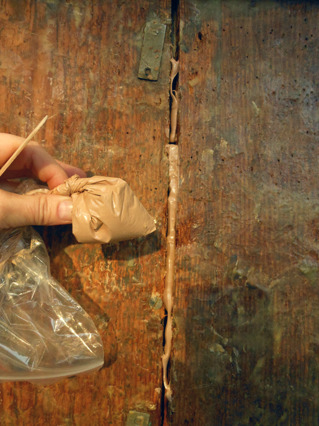 Some of the work on the years-long conservation of Zaragoza’s Retablo of Saint Peter is being performed on the backs of the eighteen paintings that comprise the altarpiece.  Here is a photo of two of the panels from the reverse. On the front, the framing around the two scenes joins tightly together. But on the reverse, there is a large gap between the two wood panels. The rectangular metal plate at the top of the photo was previously used to secure the two panels together, but this method produces stress points in the deteriorated wood. (Other details visible on the back include the numerous small dark holes. These are exit holes for the hatching insect larvae that made all the panels “wormeaten” centuries ago. And the thick dull yellow material spread unevenly across the back of the panels is an old beeswax coating that was applied as a sealant probably a century or so ago.) In order to wholly join the two panels along the center gap, our paintings conservator is using a conservation-grade two-part epoxy putty that serves as both a gap filler and an adhesive. With a limited amount of time to work before the epoxy begins to set, she’s found that the easiest and fastest way to deliver a large amount of epoxy to the deep gap is to use an icing bag to squeeze the adhesive into the deep gap. Once smoothed and leveled the putty sets up as a strong, lightweight and removable fill that also holds the two panels together.